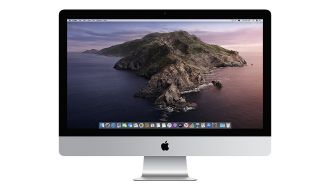 According to a report from Computerbase, there are probably first indications of upcoming, new iMacs with Apple’s silicon architecture. Since the Intel-based iMac was only recently discontinued (we reported), this is probably not surprising.

After Apple new beta versions of iOS and macOS published, the first resourceful Apple disciples have probably already found indications of new iMac and iPad models. More precisely, it is the new one macOS 11.3 Beta 5which is available for download to developers and all participants in Apple’s public beta program. There you will find the first clues about model names for you iMac 21,1 as well as one iMac 21,2, where also the Code names J456 and J457 Find use. If you compare Apple’s previous product names for the 2020 and 2019 models, you can immediately see the similarities, which then makes the reference more concrete. Important here – the 21.1 and 21.2 do not stand for the display size, which Apple usually communicates separately in brackets behind the iMac lettering.

In the current beta version of macOS, the first indications of a new iMac for 2021 should be found. (Picture shows Apple iMac from 2020)

It remains to be seen whether Apple will still set the maximum size to 27 inches. Judging by the clues, one can probably use one new generation iMac with Apple’s own M1-Chip-Generation in 2021 calculate. The processor should then probably A14X be called. The rumor mill also speaks of a complete one Re-Design of the all-in-one computer with further reduced bezels and based on the Pro Display XDR from Apple. So you can be curious. In the new beta version for iOS 14.5 beta, there should also be references to new iPad Pro models give. The code names J517, J518, J522 and J523 should provide the first clues. The GPU will probably be a “G13” named chip listed as a coupled graphics unit of the A14X which will then also be used in the new iMac.

The similarities to the A14 Bionic from the iPhone 12 series cannot be dismissed out of hand, even if more cores and a higher clock rate are to be assumed. According to the computer base, the new iPads probably in April to be introduced. Apple may then also announce the new iMac models. Until then – wait and see!

Samsung’s Galaxy Chromebook 2 will be the first QLED Chromebook

Philharmonic with Thielemann: A lot of time for Bruckner – Musikverein EDENBRIDGE – The Chronicles Of Eden Pt.2