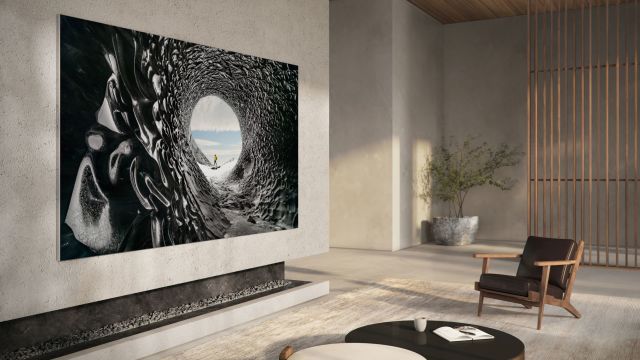 Samsung presented the TV innovations of the year as part of a large livestream event. The manufacturer wants to stir up the television market with new technology. Read here what customers can expect.

At the “Unbox & Discover” event, Samsung presented the television novelties of the year. The focus was clearly on the new TV series “Micro LED” and “Neo QLED”. With Micro LED, Samsung is building on the knowledge of recent years. In 2018, the TV manufacturer presented the first television with the technology. Now this should become socially acceptable.

The first micro-LED televisions for home use (without complex assembly) should be available from the end of March. Then there are initially variants with 110 and 99 inches. The range of micro-LED TVs is to be supplemented with a smaller 88-inch version in autumn. So far, however, relatively little is known about televisions. Samsung has not yet announced a price either.

The “Neo QLED” TVs are especially interesting for gamers. Thanks to the new technology behind it, new Quantum Mini LEDs are used, which, with their small size, enable better lighting control. In theory this means: better blacks, improved brightness and upscaling options. In addition, Xbox is a partner in the Neo-QLED TVs, which means that the new Xbox Series X supports gaming in 120 Hz with a 4K resolution.

In addition to the two new TV series, there was also a look at the “Smart Monitor”. This does not require a connected PC, just a smartphone nearby. Content is mirrored wirelessly. Video conferences, e-mail traffic or even the streaming of content are possible without a computer on the big screen.

Doctors wanted to smuggle relatives into the vaccination program