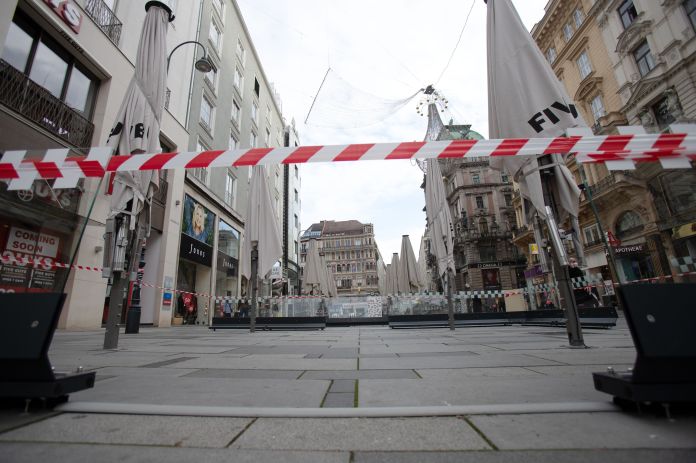 Vienna is rapidly approaching the incidence of 400. Is there now a threat of the federal capital being cordoned off? Mayor Ludwig explains.

As before, there is no prospect of an easing of the corona situation. Also on Saturday, 3,498 new infections were reported in Austria within 24 hours – just under a third of the newly recorded cases were in Vienna. The fact that half of the available intensive care beds were occupied within just one day is of great concern. In addition, Vienna is rapidly approaching the critical incidence value of 400.

As announced earlier this week, stricter measures will need to be taken in those regions with a 7-day incidence above 400. In Vienna, the achievement of this value is predicted for the coming week. What happens in the case for the federal capital? Vienna’s mayor Michael Ludwig (SP) announced an Easter lockdown from Maundy Thursday (April 1st) with Governors Mikl-Leitner (Lower Austria) and Doskozil (Bgld.) On Wednesday. But Ludwig is not ruling out more far-reaching measures for the capital.

What could come “Today” spoke to the mayor. (The whole interview here >>)

“If it should be necessary, we are always ready to implement further tightening. That is correct,” affirmed Ludwig in the “Today” interview. In response to further inquiries, he described that these measures include the following steps, among others.

➤ Extension of the intended provisions

Ludwig did not define more precisely which measures are involved. “We have to be aware that the focus is on people’s health. The utilization of hospital beds, especially in intensive care units, is the most important criterion,” explains the Mayor of Vienna.

According to Ludwig, however, “there is still a lot that can be tightened up”. After all, the protection of the population is paramount.

Will Vienna be cordoned off?

According to the recommendations of the Corona Commission, there should be the toughest measures including exit tests for affected regions. According to the mayor, sealing off Vienna is out of the question. A barrier is “unimaginable”.

Ludwig gave several reasons for this. “On the one hand, that would not be feasible in terms of organization. On the other hand, we are also so closely connected to our surrounding area – 300,000 people commute to Vienna every day to work, study or spend their free time here therefore only joint measures in the eastern region are effective. “

For now, the “Easter rest” decided at the beginning of the week should help to improve the situation. (All rules at a glance here >>) On the one hand, life in the eastern region will largely be shut down between April 1st and April 6th. Close trade – with the exception of essential business – and body-close service providers. After Easter, from April 7th, trading should only reopen with an entry test. In addition, strict exit restrictions apply from midnight to midnight – as before Christmas. Another measure is to limit contact with other people to a close reference person during this time.

In addition, a stricter mask requirement indoors and outdoors should help curb the spread of the virus. Increased company and commuter tests are also imminent.

19 – Corona mass vaccinations start in Germany and other EU...

Samsung smartphone: cheapest 5G model from the manufacturer in progress

EU could obviously have ordered more corona vaccine from BioNTech |...