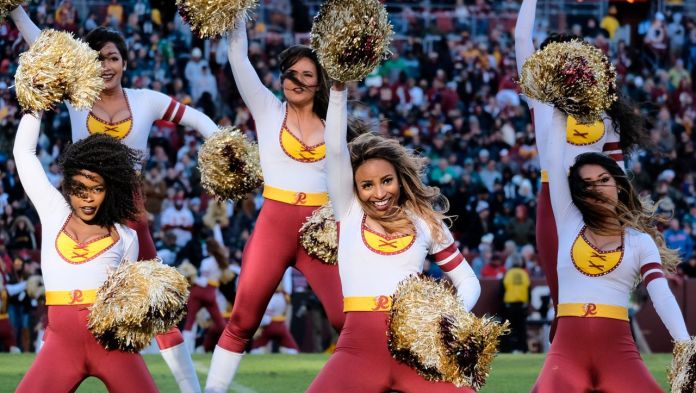 The Washington Football Team will forego cheerleaders in the future and instead want to use a dance group with men and women at NFL games. Several US media reported on this and relied on statements by Petra Pope, who had previously been hired as the team’s new advisor.
“Changes are difficult, but I have a feeling that the fans will love what we’re going to serve,” she said. The new group should offer the audience a mix of athleticism and tricks and be “modern”. It is also possible that members of the previous cheerleading team will be transferred to the new, 36-member ensemble.

Pope had designed the entertainment program for several teams in the NBA basketball league over the past few decades.

Candess Correll, the captain of the cheerleaders, was disappointed with the decision.

The cheerleaders in Washington had been around since 1962, and according to the US news agency AP, it was the longest running program by a team from the NFL. The club from the US capital is changing after several scandals and a lot of criticism. So the team parted with the racist surname »Redskins« before last season. There were also allegations of sexual abuse in the organization.

“State of war” declared in the fight against virus

No easing to be expected after consulting with experts – Corona...

Andrea Dovizioso as a Marquez replacement? “There are no negotiations” Mass tests: Low influx in Vienna even on Sunday