Niantic boss John Hanke shared a very interesting post on Twitter. Apparently, work on new AR glasses is progressing quickly. This could not only give AR games such as Pokémon GO, Ingress and Co. a new twist, but also significantly support apps such as navigation and the like. However, the teaser raises many more questions.

John Hanke posts the message on Twitter and thus causes quite a stir. The company’s AR glasses have been under discussion since 2019, when they started working with Qualcomm, but so far there has never been any real information about the project. Now a picture on Twitter shows a module that is attached to glasses. It is unclear whether the glasses are one of them. But it is a sign of life for the new AR glasses from Niantic.

This could not only give successful AR games such as Ingress or Pokémon GO a new, comfortable coat of paint, but also support apps such as navigation programs. This means that information that you would otherwise look at on your smartphone can be displayed directly on the lens. No matter if arrows for a change of direction or a detail about a building about which you want to have more information. The options are numerous, including when it comes to gaming.

Exciting to see the progress we’re making to enable new kinds of devices that leverage our platform… pic.twitter.com/yYglk4q89G

When the glasses will come onto the market or whether it is a universal module that you can attach to existing frames is still unclear in both cases. The picture doesn’t reveal much about this, only that something is in the works in this direction. A price is also missing. A publication would be possible in 2021. Of course, it remains to be seen whether Niantic will do significantly better with their AR glasses than, for example, the search engine giant with Google Glass. More information shouldn’t be too long in coming.

Nasty rip-off! These are the tricks that scammers use to...

Disappointment after the end of Q2 / Formula 1 SPEEDWEEK.COM 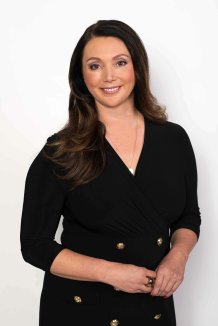