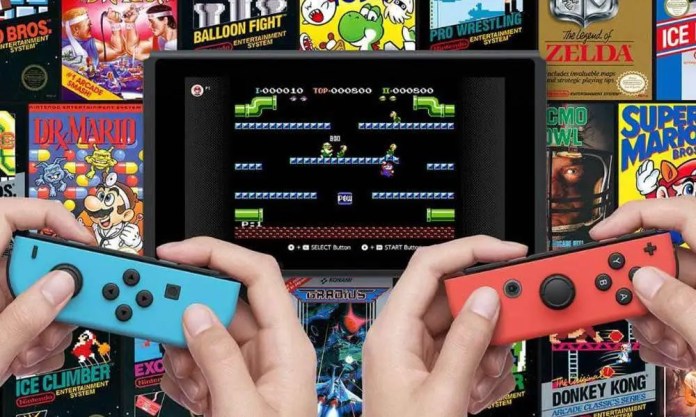 Nintendo has a new trailer for its online service Nintendo Switch Online released. This explains the functions of the service again. But it didn’t take long for the fans to take to the barricades. For years, Nintendo provided its fans with free online multiplayer. Even if Sony and Microsoft pushed for paid online services.

With the Nintendo Switch, however, Nintendo also changed course

With a relatively low fee of US $ 20 per year, Nintendo’s online service can be called his. On March 24th, Nintendo released a trailer again which showed the functions and reasons for logging in to the service. But after a short time the video was overwhelmed with dislikes. A look at the comments section also shows exactly why.

One of the main reasons is probably that it shows footage of the Battle Royal game, Super Mario Bros 35. What seems a little incomprehensible at first glance is easy to explain. Nintendo has already announced that it will remove Super Mario Bros 35 from service on March 31, 2021. So new subscribers would only have a few days to experience the game.

Another problem that seems to exist with Nintendo Switch Online is cloud storage. It seems that some fans think that the trailer is playing with the fear of losing data. This should convince people to make their game data more secure with a subscription. While many other companies have similar sales arguments, some disgruntled Nintendo fans may not care.

This title was released to celebrate the 35th anniversary of the Super Mario franchise. But even here Nintendo has planned to take the game out of sale on March 31st. Nintendo will not only no longer bring new copies on the market, but also remove it from the digital store. As you can imagine, this has caused quite a bit of outrage. All these reasons now seem to be the starting point of the frustrations among fans.

BVB star Raphael Guerreiro is also out against Sevilla

Advent weekends in Stuttgart: traveling as a couple with a VVS...