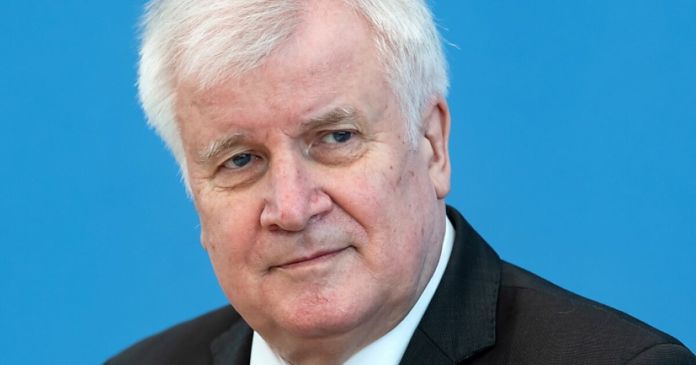 However, as in the Czech Republic, the test obligation and the stricter 14-day quarantine initially remain in place for a large proportion of Tyroleans when they enter Germany and do not apply until after Easter – an effect of the earlier classification in the highest risk category.

Regarding the Czech Republic, Seehofer said that the number of infections there was still much too high, especially in areas near the border with Germany. However, the country is “on the right track” in fighting the pandemic, said the minister. If this trend continues, he sees a possibility of ending the inpatient controls there, too. Developments in France are also being closely monitored.

The Czech Republic has high numbers of infections and is considered a high incidence area. The country was also downgraded from the higher virus variant area category on Sunday.

Seehofer said he had asked the German federal police to intensify the controls in the border area even where no stationary controls were ordered – especially after Easter. He wanted to ask the interior ministers of the federal states to support the federal state police in this veil manhunt. That means that someone who comes from Denmark, France or Poland can expect a check.

When asked why the obligation to quarantine, test and digital entry registration is not checked across the board, Seehofer said: “That would be absolutely disproportionate.” He assumes that a large number of citizens adhered to the entry rules anyway. The digital entry registration is usually completed online by travelers who have been in a risk, high incidence or virus variant area in the past 14 days. This is intended to inform the responsible health authorities in Germany directly.

Regarding the obligation to test truck drivers who came from virus variant areas, Seehofer said that this was absolutely reasonable. “It was organized so intelligently that there were no noteworthy delays for the entire freight traffic.” There was “not a single delivery bottleneck”.

Seehofer said that he would once again extend the controls at the border with Austria that were introduced years ago due to irregular migration and terrorist risks. Otherwise they would expire on May 11th. Austria and Germany belong in and of themselves to the border-control-free, European Schengen area.

A general ban on tourist trips abroad, as brought into play by German Chancellor Angela Merkel, is currently off the table, as a government spokesman had already confirmed on Monday evening. Seehofer said his ministry was of the opinion that “following the current pandemic situation, a general travel ban is not legally possible”. Especially because other means are available – tests, entry registration and quarantine. At the same time, the minister appealed to citizens to refrain from vacation trips.

After the Czech Republic was downgraded to a high incidence area, the first trains ran again between Germany and the neighboring country. Since Tuesday, several cross-border Eurocity connections between Hamburg, Berlin and Prague have been offered, as the Czech railways Ceske Drahy (CD) announced. The Eurocity trains EC 170, 171, 175 and 178 are still canceled for the time being. The Railjet trains coming from Graz via Vienna will only continue to Berlin after Easter.

The railway company called on passengers to find out about the applicable entry restrictions. Registration and testing are mandatory when entering Germany. The tightened 14-day quarantine will initially apply to those who have been in a virus variant area within the past ten days. In the Czech Republic, tourist trips are currently generally not permitted.

The following is an overview of the risk classifications and rules when entering Germany:

ENTRY FROM A VIRUS MUTATION AREA

Countries and regions in which the mutated virus variants spread in an uncontrolled manner are considered virus mutation areas. This represents the “greatest danger” for Germany, which is why the strictest rules apply, according to Seehofer. Entry is therefore only possible for a few exceptions. A negative test and prior digital registration are required. There is a ban on public transport on land, water and in the air. Until recently (Sunday) Tyrol and the Czech Republic fell into this category.

ENTRY FROM A HIGH RISK AREA

Countries and regions with a seven-day incidence of over 200 are considered high-risk areas. If you want to enter from such areas, you have to show a negative test result and a digital registration. (Now Czech Republic)

ENTRY FROM A RISK AREA

Risk areas are regions with an increased risk of infection. Anyone entering from such an area must also register digitally and be tested no later than 48 hours after entering the country. Germany is also considered a risk area in many other countries. (Now all of Austria)

Since Tuesday (March 30th) a test has been mandatory for all air travelers to Germany, regardless of where someone comes from. The reason given is that air travelers are currently mainly returning to Germany from vacation areas. There it is to be expected that many people from many different countries will come together. According to Seehofer, the regulation will initially apply until May 12th.

Putin initially does not want to be vaccinated with the Sputnik...

Corona vaccine for the EU – Merkel and Spahn did the...