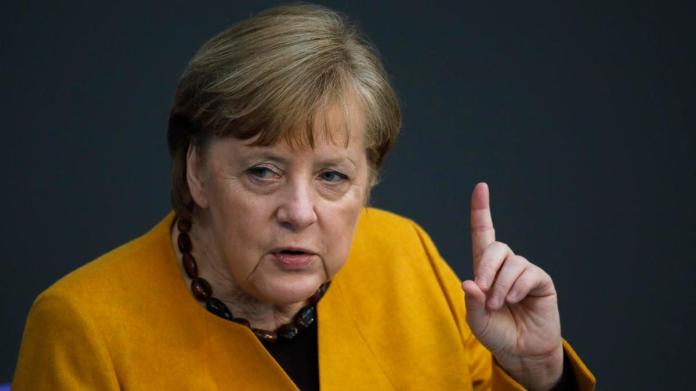 SSuddenly the horror gave way to a sigh of relief: no sooner had Chancellor Angela Merkel (CDU) overturned the so-called Easter rest, which had been decided and announced the day before, on Wednesday, than the relief in the economy was literally palpable. “Better a horror with an end than the other way around,” said Foreign Trade President Anton Börner. It was “brave” to “admit this wrong decision and correct it promptly”. The German Trade Association (HDE) assessed the withdrawal of the Easter rest period as a “signal of reason”. The mechanical engineering association also spoke of a “good signal”. Several business representatives called for priority to be given to ramping up testing and vaccination activities.

Withdrawal of the “Easter rest”

The Corona summit had decided on Tuesday night to declare Maundy Thursday and Holy Saturday to be “rest days”. Only grocery shopping should be possible on Holy Saturday. The large-scale shutdown of public and private life should take the pandemic off the ground in view of the increasing number of infections and the more contagious British virus variant.

But the implementation of the break, for example in labor law, remained completely unclear. It was immediately controversial whether the rest days should be considered holidays, whether surcharges are due and how they should be handled in the home office.

Supply to the supermarkets would have been at risk

Impacts on the real economy, such as maintaining supply chains or supplying the population with food, were not given sufficient consideration either. The smooth delivery of groceries and everyday goods to supermarkets threatened to stall for a short time. For food logistics, the short-term arrangement of the Easter rest period could have caused “serious problems”, the HDE stated.

Specifically, the logisticians of the supermarket and discounter chains feared greater difficulties in filling the shelves for the expected rush of customers on Holy Saturday and after the Easter holidays when the shops open in the morning, given the limited transport and storage capacities in the shops and the lack of clarity about the rest days to be observed for employees in the stocking area as customers expect.

In some cases, contingency plans were forged, according to the industry. Full store shelves have been one of the most important confidence-building measures for the population since the epidemic first appeared. Meanwhile, Edeka, like rival Rewe, assured that the supply was guaranteed at all times.

The auto industry is conciliatory

“With today’s decision, a piece of common sense is returning to Corona politics,” said HDE Managing Director Stefan Genth. If the grocery store had been closed on Maundy Thursday, as initially planned, an increased number of customers on the days before and after would have been expected. In the pandemic, on the contrary, it is a matter of equalizing the flow of customers.

This is one of the reasons why it is the right decision to withdraw the Easter break and allow the food trade to open on Maundy Thursday. For the retail sectors affected by the extended lockdown, Genth once again called for quick corona help and an opening perspective.

Business representatives harshly criticized the short-lived idea of ​​the Easter rest period, but the Chancellor also received praise for the rapid turnaround. Edeka boss Markus Mosa spoke of a “powerful and courageous decision”. After the Chancellor’s withdrawal, the German Association of the Automotive Industry (VDA) made massive verbal armaments.

VDA President Hildegard Müller praised the Chancellor’s apology on Wednesday, while the key industry still used the car summit on Tuesday evening to make it clear to the government that days of rest with shutdowns are “not feasible” at such short notice. “It is great to admit a mistake,” she said.

Employer President Rainer Dulger, who had also violently attacked the government on Tuesday, was now conciliatory. “There is no blueprint for managing this crisis,” he said. “As an employer, I had to make a lot of decisions, some of them difficult ones, some of which I had to take back. It’s difficult. ”He respects that the decision on Easter rest has been revised.

It is correct that the Chancellor and the Prime Ministers took the advice seriously and “corrected their nightly mistake”, said Stefan Heidbreder, Managing Director of the Family Business Foundation.

The idea of ​​a day off, however, was “an imposition for German family businesses”. Because the companies are often tied to delivery commitments within a tight time frame and are therefore dependent on the planned working days. The mechanical engineering association VDMA also criticized the threat of negative effects in supply and supply chains due to the short-term nature of the measures.

Respect for the back off

Foreign trade president Börner called for a more forward-looking culture of discussion in the future: “It is now important that politicians seek advice from those affected before they make a decision.” The companies needed a clear and reliable plan to continue fighting the pandemic. Thilo Brodtmann, head of the VDMA, was conciliatory. Reason prevailed in a difficult situation.

“In principle, the dialogue between politics and business also works under the pressure of the corona pandemic,” he said. The companies are now spared having to pay additional costs for the rest days. According to calculations by the employer-related Institute of the German Economy (IW) in Cologne, an additional day off costs the economy around seven billion euros.

Brodtmann also paid the Chancellor respect for the withdrawal, a similar judgment was made by Peter Kurth, head of the BDE waste management association. He saw it as “a sign of strength to admit a mistake and to take responsibility for it”. At the same time he underlined the urgency of the U-turn. The idea that there could have been no waste disposal throughout Germany for five days in a row caused horror in municipalities and companies: “You couldn’t have dealt with a vital service infrastructure that way.”

The experience of the chambers of industry and commerce shows how great the perplexity was about how to deal with an “Easter break” among companies. The IHK Berlin, for example, reported hundreds of calls from indignant entrepreneurs seeking advice on their Corona hotline. Other chambers also received numerous inquiries from entrepreneurs.

Multiple Congressional Committees: No Evidence of Assassination Plot in the Capitol

Number of corona deaths rises to more than 300,000

Berchtesgaden: 27-year-old ski mountaineer survived a fall from a height of...

Abduction Stuttgart: attempt at kidnapping and abuse: Stuttgart in court

Will he be the new face for “DSDS” Democrat Ossoff declares himself the winner of the Georgia runoff election