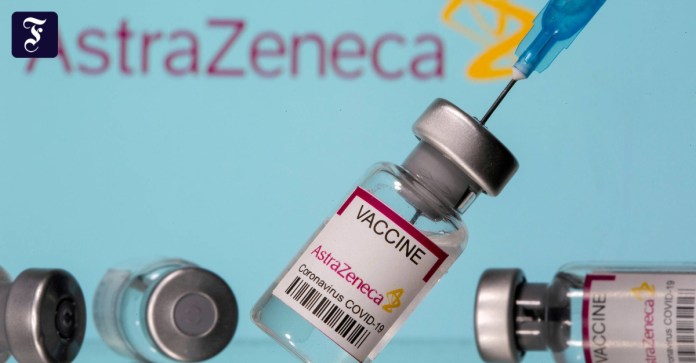 In Northern Europe, the reluctance to use the vaccine from the British-Swedish manufacturer Astra-Zeneca remains high. After Denmark, Norway has now also decided to continue to suspend vaccinations with the agent. The Norwegian health authority announced on Friday that further studies would have to be carried out before the vaccinations can be resumed. The suspension was thus extended until mid-April.

The vaccinations were initially suspended in several European countries because of an unusual accumulation of rare thromboses in connection with a vaccination with the Astra-Zeneca preparation. Sinus vein thrombosis, a very rare blood clot in the brain, was particularly noticeable. There were isolated deaths. On Thursday last week, the European Medicines Agency Ema found the vaccine to be “safe and effective” after a review. The benefits outweigh the risks.

A warning should be attached to the vaccine that, on rare occasions, it could cause cerebral vein thrombosis in women under 55 years of age. In Sweden, similar to Finland and Iceland, the Astra-Zeneca vaccine is now recommended for older people aged 65 and over because the serious side effects only occurred in younger people who were vaccinated. Astra-Zeneca has been vaccinated again in Germany for a week, and the vaccine is recommended for all age groups.

All the news and background information about the spread and control of the epidemic.

Denmark was the first country in Europe to suspend vaccinations with Astra-Zeneca and, shortly after the decision of the European Medicines Agency, informed the European Medicines Agency that the suspension would remain in place. On Thursday, the Danish health authority announced that it would extend the suspension for a further three weeks until mid-April. After talking to experts, there are still concerns, said Søren Brostrøm, the agency’s director. One will further examine how high the risk for certain groups for the side effects is.

Violent immune response as the cause?

In fact, it does not seem to be possible to rule out the possibility that in very rare cases there may be a connection between the thrombosis and a vaccination. At least the Norwegian doctor Pål Andre Holme said this last week. In a newspaper interview, he said that a strong immune response leads to the thrombosis that is most likely caused by the vaccine.

After examining the blood samples of affected patients, doctors at the University Medical Center in Greifswald also reported that they had recognized the likely mechanism behind the side effect and recommended therapy. According to this, the affected patients developed certain antibodies that bind to the red blood platelets and activate them. That could lead to clumping.

However, it has not been conclusively clarified whether these special antibodies are produced as such by the vaccination, the specific vector in the Astra-Zeneca vaccine, or by a subsequent inflammatory reaction. Andreas Greinacher, the head of transfusion medicine in Greifswald, had said that one could say that “very, very rarely someone will develop this complication”, but when it occurs, it is now clear how these patients should be treated and how this complication should be targeted could be addressed.

Because of US sanctions: German mega-corporation leaves Nord Stream 2 –...

Brigitte Nielsen: New photo with daughter Frida – and she has...

Shocking scenes from the Corona demo in Nuremberg: Violent criticism of...

White Christmas? First of all, it will be spring-like –...