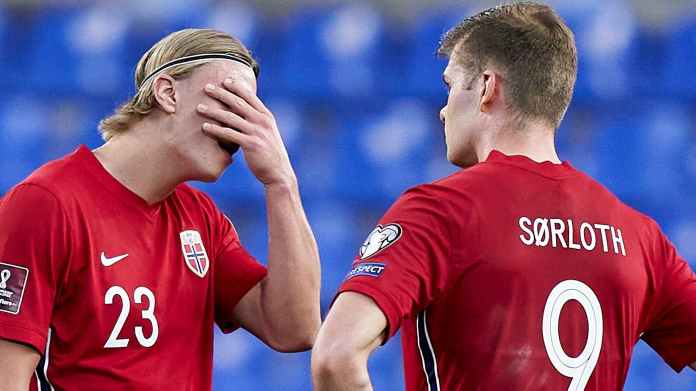 The Turks have proven their qualities in the past few days after a failed campaign in the Nations League, which ended last November with relegation to the third highest division. In Malaga, the second place of the Norwegians, they won 3-0 thanks to two goals from Ozan Tufan, among other things. This means that Turkey has already distanced its strongest competitors for the World Cup ticket a little in the first two rounds.

The Dutch reacted to the defeat in Istanbul with a 2-0 win against Latvia. In front of 5000 spectators in Amsterdam, Steven Berghuis and Luuk de Jong met. The game was directed by the French Stéphanie Frappart, who was the first referee in a World Cup qualification for men.

Before both games, the players pointed out the potential political power of football with clear visual messages. “Football Supports Change” was written on the black T-shirts that the Dutch wore until shortly before kick-off. Before their game, the Norwegians again drew attention to the human rights situation at World Cup hosts Qatar and encouraged possible imitators.

Thomas Häberli suffered the second defeat as the national coach of Estonia. The former coach of FC Luzern, who is in quarantine with the Estonians due to a corona case, saw the 2: 4 in Minsk against Belarus from a distance. Three days earlier, Estonia had lost 6-2 to the Czech Republic.

World Cup finalists Croatia came to a 1-0 home win against Cyprus after the defeat in Slovenia. Luka Modric played his 135th international match and is now the sole Croatian record international.

5000 spectators were allowed into the stadium in Amsterdam

Stéphanie Frappart whistled the game between the Netherlands and Latvia

5000 spectators were allowed into the stadium in Amsterdam

Stéphanie Frappart whistled the game between the Netherlands and Latvia

Only one vaccination required: Johnson & Johnson applies for EU approval