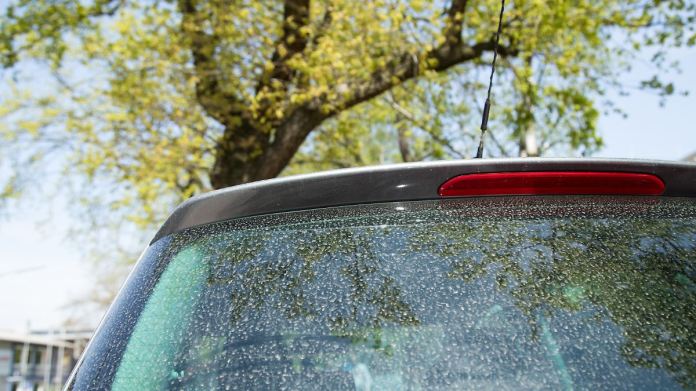 Not only for allergy sufferers
Pollen increases the risk of corona

Spring time is also pollen time. When the pollen flies through the air, the body reacts to it, and not only in the case of allergy sufferers. Researchers are now finding a connection between pollen in the air and the number of Sars-CoV-2 infected people.
If there is a lot of pollen in the air, more people become infected with Sars-CoV-2. This is the result of a broad study by an international team of researchers led by scientists from the Technical University of Munich and the Helmholtz Center in Munich.

A total of 154 researchers collected pollen data from 130 measuring stations on five continents in the 2020 pandemic year. The researchers looked at the data on pollen concentrations in the air, on meteorological conditions and on Sars-CoV-2 infections and evaluated them. The daily infection rates and the total number of people who tested positive were taken into account, as were factors such as population density and the effects of lockdowns.

Lots of pollen, lots of infections

The team led by the environmental doctor Athanasios Damialis was able to show that the concentration of pollen in the air can explain an average of 44 percent of the variance in infection rates. In addition, humidity and air temperature also play a role, as does the strength of the lockdowns.

In places without lockdown regulations, the infection rate rose by an average of four percent if the number of pollen in the air increased by 100 per cubic meter. In some German cities, for example, up to 500 pollen per cubic meter came in at times in spring 2020. Overall, this led to an increase in infection rates of more than 20 percent. However, if lockdown rules were issued in the areas examined, the number of infections halved on average with a comparable pollen concentration in the air.

The cause of the connection between pollen concentration and Sars-CoV-2 infections are seen in the reactions of the human immune system. For example, if you inhale air with a relatively low pollen concentration, the body is initially put into a kind of alarm state. The immune system reacts in a weakened form until it recognizes that the intruders are harmless.

If, on the other hand, viruses enter the body via the respiratory tract, there are several immune reactions. Infected cells produce signal proteins called antiviral interferons. These activate neighboring cells, which in turn strengthen their antiviral defenses to keep the intruders at bay. In addition, the body reacts with a balanced inflammation that is supposed to fight the viruses.

If the pollen concentration in the air is high, not only viruses but also pollen can be inhaled. As a result, fewer antiviral interferons are produced and the beneficial inflammatory reactions are reduced or completely absent. The viruses, which also include Sars-CoV-2, can wreak havoc in the body and lead to an increase in infectious diseases of the respiratory tract, such as Covid-19. It does not matter whether people suffer from allergies or not, the researchers say in their report.

You can hardly avoid pollen

A few days ago, the allergist and head of the German Pollen Information Service Foundation, Karl-Christian Bergmann, asked allergy sufferers to wear masks and declared: “No matter which mask you wear, it is very likely that the material will keep pollen away”. This can at least reduce the amount of pollen inhaled. If the pollen no longer reaches the mucous membranes in the nose and mouth, it cannot trigger any symptoms there.

“If you look at the spread of SARS-CoV-2, environmental factors such as pollen must be taken into account. Knowledge of these effects opens up new avenues for the prevention and mitigation of Covid-19,” summarizes Athanasios Damialis the results of the study published in the renowned journal Proceedings of the National Academy of Sciences.

PS5: Gamer is lured by buying a console on Facebook and...

Angela Merkel live: When is the press conference today after the...

Four different looks: this is how Sylvie Meis celebrates the holidays

Wednesdays off: This company tripled its profits with the 4-day week

13th round of the Premier League – Liverpool late to victory...

Corona warning app without a smartphone? The first alternatives are...