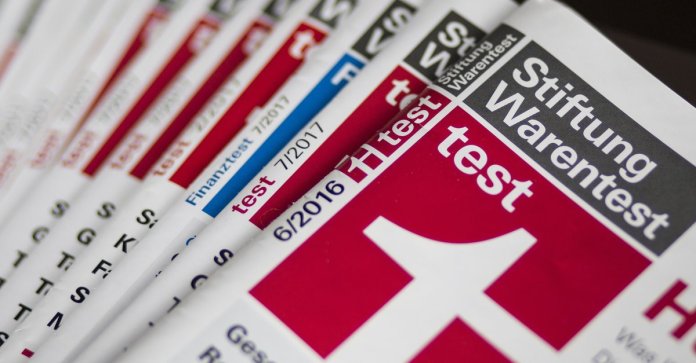 Bankruptcy for HP: The well-known printer manufacturer has to put up with criticism from Stiftung Warentest. A compulsion is criticized, with which many owners of an HP printer have to grapple. But the product testers know a way out.

Hardly any everyday device has stopped in the past like the printer. While cell phones, televisions and even ovens became more intelligent and user-friendly over time, printers stuck in the technology stone age. Only the opposite is worse than the persistent refusal to progress: the compulsion to use apps, user accounts and the like. HP is currently proving how not to do it.

who the Scanfuntion at a HP Kombidrucker want to use must compulsorily the HP Smart app use, as reported by Stiftung Warentest. However, simply downloading the application is not enough, as owners of an HP printer have to an HP account using your email address and use it to log in to the app. That is “not very pleasant“, Criticizes the Stiftung Warentest, because after all it is a main function of the printer. Accordingly, the HP printers were also downgraded in the test and only come in the service category Grade Sufficient (4).

When asked why HP required a user account via the HP Smart app for the scan function, the manufacturer weighed in, according to Stiftung Warentest. Accordingly, a user account is required in order to enable “simple and effective use of certain HP Smart and / or printer functions,” it says. This includes, for example, personalizing the app or printing over the Internet. HP did not give an explanation for why you need a user account for a basic function. According to the printer manufacturer, basic functions can also be used without an app and user account, but in HP’s own quick start guide describes the HP Smart app as “required”, complain the product testers.

What you need to know about printers:

The easy way out: use the fax and scan tool in Windows

Stiftung Warentest also provides a way out of the scanning dilemma: Owners of an HP printer even have to scan in do not use the manufacturer’s software. Other programs also provide this function, such as the Windows fax and scan tool in the Microsoft operating system. You can scan without having to download the HP Smart app and set up a user account.

Current Corona numbers: Corona deaths in Germany: This is how the...

Germany: Trade with China is growing despite Corona

Church officials in the US are calling for Trump to resign...