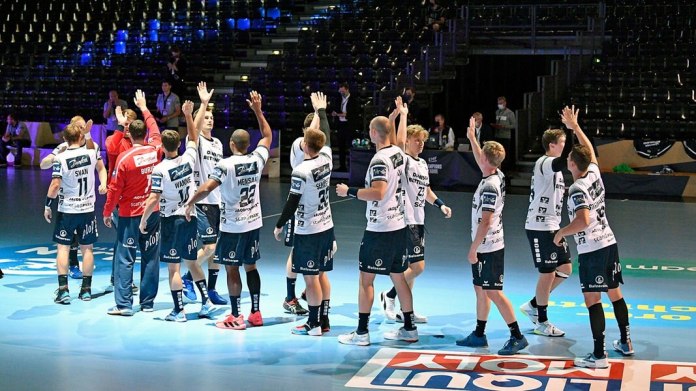 by Matthias Heidrich and Thomas Koos

The guest performance of the “Zebras” in the “Hell North” is under special circumstances due to the corona. “It’s the first derby completely without spectators and I hope the last too. Because the fans and the emotions are part of it,” said THW trainer Filip Jicha the NDR before the top game second against first today (6:05 p.m., live on the first and in the Stream at NDR.de). Especially in the narrow SG hall, where under normal circumstances more than 6,000 handball fans whip their team forward.

National coach Alfred Gislason, who has played many north duels there as Kiel coach, knows that: “The atmosphere in a full hall in Flensburg is of course phenomenal. Now it is as good as empty. That certainly makes a difference.”

“We play at home, but without spectators. That’s why the home advantage is actually worthless. You really notice that this season.”
Maik machulla

SG coach Maik Machulla has other concerns in addition to the lack of fans, because after the recent Corona-related cancellations of the games against Bergisch HC and in Melsungen, the runner-up has to start a cold start in a duel with the big rival. “It’s a bit of a lottery this year. We haven’t played a competitive game for three weeks and would have liked to have played with the best line-up. THW is now benefiting from this,” said the 44-year-old, who sees Kiel as the favorite. “They are in a really good mood. Every position is filled with world class twice.”

Mattias Andersson has returned from retirement to the gate of THW Kiel – and now meets the old Flensburg love. more

The Flensburgers are missing, among others, the Danish national players Mads Mensah Larsen and Simon Hald, who are in corona quarantine. The “Danish problem” is also affecting the THW, however, at a critical point: Goalkeeper Niklas Landin, who won the first leg of Kiel last October in front of a good 2,000 spectators, is also in domestic isolation. “He is without a doubt the best goalkeeper in the world, so his failure is heavy for THW,” said Gislason.

However, Jicha trusts his team: “It is also an opportunity for everyone else to prove themselves. I am totally convinced of our defense and our goalkeepers.” In addition to Dario Quenstedt, like last time veteran Mattias Andersson will guard the gate of the “zebras”. Kiel has added his 42-year-old goalkeeping coach and ex-professional, who also played for Flensburg for seven years, to the squad as a “Landin replacement”.

Preliminary decision in the championship race?

If the defending champion THW wins (33: 3), Flensburg already has six minus points on the account. After the 29:21 in the first leg, the direct comparison, which is decisive for the first time this season when there is a tie, would go to the record champions from Kiel.

Neither Flensburg nor the “zebras” want to know anything about a possible preliminary decision in the title race before the Schleswig-Holstein duel. “The table is as strange as the whole year. We live in a pandemic and that’s what the table feels like,” said Jicha. Machulla sees it similarly: “You get two points, but there are still 20 games to play and 40 points to be awarded,” he calculates for his SG. “We’re not doing ourselves a favor by reducing the league to just Kiel and Flensburg.”

The other pursuers such as Magdeburg, third in the table, are already far behind the top duo. National coach Gislason, already a friend of clear words, is therefore committed to the question of the title: “There are still a lot of games to play. But it is already clear that one of the two will become German champions.”

The strain on top handball players is immense. The Bundesliga coaches hope that their best will not have to play in the European Championship qualification at the end of April. more

Results, table standings and game days at a glance. more

Coronavirus in the capital region: number of new infections has fallen...

“Don’t solve the housing shortage by building your own home”