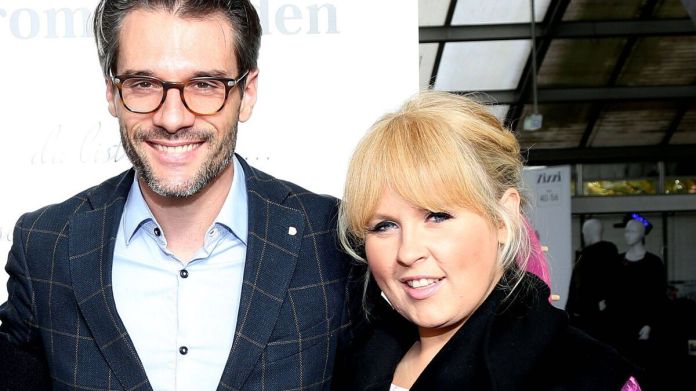 DSDS juror Maite Kelly, 41, is very covered with statements about her ex-husband Florent Raimond, 42. But now she was talking about a prejudice that struck her over and over again in relation to him …

DSDS juror Maite Kelly will be on Saturday after the surprising cancellation of Dieter Bohlen along with Mike Singer and the new one Thomas Gottschalk sit in the first of two live shows of this year’s DSDS season. Last week she released her new album “Hello!”, with which she immediately shot to number one in the chats! So professionally everything is going well for the pop singer. In private life, too, seems to indicate a new happiness, as Maite Kelly himself revealed.

The beauty of Helene Fischer

About her ex-husband Florent Raimond the “Why didn’t you say no” singer rarely speaks. Maite Kelly was married to the model from 2005 to 2018 and they have three daughters together. But now, surprisingly, she was talking about a prejudice that she observed again and again in her ex.

In the podcast “But please with Schlager” from “Schlagerplanet Radio” Maite Kelly praised her colleague from Schlager Helene Fischer and noted that she was always accused of being successful because of her good looks:

People sometimes forget that she has an amazing voice. She works, she also has to do a lot more than me. She flies from the ceiling and everything so that you can tell her: Ok, she deserves the applause.

Prejudice against her ex-husband Florent Raimond

Maite Kelly observed something similar with her ex-husband Florent Raimond:

I was with a very good-looking model for many years and believe me, he was always thought to be stupid and wasn’t. Because of that, I know these prejudices and I am the first to fight against them.

Florent Raimond has meanwhile worked with the designer Kaone Mabina found a new love. The couple are expecting their first child together soon. Mabina is already the mother of two children.

Editor’s note: This article contains, among other things, product recommendations. When selecting products, we are free from the influence of third parties. For a mediation via our affiliate links, we receive a commission from the service provider / online shop concerned, with the help of which we can continue to offer independent journalism.

For the Galaxy S21: Samsung announces the Exynos 2100 processor

Corona – risk of infection on the plane: one long-haul flight,...