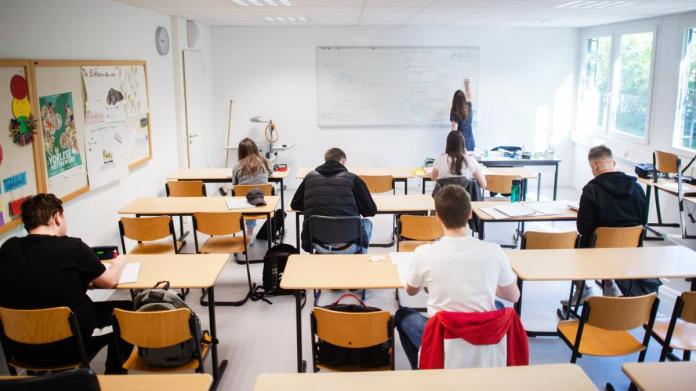 Dhe dispute about renewed school closings is picking up speed again in view of the increasing number of infections. This is exemplified in North Rhine-Westphalia and the dispute between individual municipalities and the state government. In the most populous federal state, the cities of Dortmund and Duisburg want to close schools again. The state government continued to reject this on Wednesday.

After a first attempt by the city of Dortmund for the corona-related closure of its schools failed due to the veto of State Health Minister Karl-Josef Laumann (CDU), Dortmund’s Mayor Thomas Westphal (SPD) announced a new application to the state on Wednesday. The aim is to close the Dortmund schools from Monday.

The Ruhr area city had already wanted to close the schools again on Wednesday because of the worsening corona infection situation, but Laumann prohibited this. As a justification, the NRW Minister of Health referred to the incidence number in the Ruhr area city, which is below the emergency brake value of 100. North Rhine-Westphalia Prime Minister Armin Laschet (CDU) also reminded that in the debate about Corona requirements, all those involved had given priority to opening schools.

In return, Dortmund’s Lord Mayor Westphal referred to a massively increased risk of infection among young people due to the Corona variants. The situation was made even worse by the temporary suspension of vaccinations with the Astrazeneca vaccine. The city will now apply for the schools to be closed again on Monday, “then we’ll see how the state government reacts,” said Westphal.

In addition to Dortmund, the city of Duisburg’s plans for renewed school closings were also rejected by the state government. Duisburg’s Lord Mayor Sören Link (SPD) called it “absolutely sensible” in view of the rising incidence values, to close schools again to protect students, their families and teachers, and to switch to distance teaching. “It is therefore completely incomprehensible to me that the country is putting a stop to these plans.

In the big city in the Ruhr area, the value of new infections within seven days per 100,000 inhabitants, according to the Robert Koch Institute on Wednesday, was 122.1 – and has thus been above the critical mark of 100 for about a week, from the municipalities and state on the withdrawal should advise on easing or other containment measures.

According to the city, at least the care of daycare children is to be drastically reduced again. A spokesman for the city said on Wednesday that only children whose parents are active in systemically important professions or who have special care needs will probably only be cared for in the emergency operation from Friday. The measure was coordinated with the country. A tightening of the contact rules in public spaces is also planned.

North Rhine-Westphalia’s Family Minister Joachim Stamp (FDP) was apparently surprised by Duisburg’s announcement that it would restrict daycare. The minister left an ongoing session of the integration committee of the state parliament for a few minutes on Wednesday afternoon because he had to “clarify the facts”, as he said. He found it “remarkable” that a large city with such a high proportion of migrants would be the first to largely stop daycare operations and only open the facilities for the critical infrastructure, said Stamp afterwards in the committee.

“The principle of hope has had its day”

Meanwhile, Federal President Frank-Walter Steinmeier has also spoken out in the discussion. Steinmeier said in a discussion with young people that he hoped for flexible solutions that would prevent care, education and encounters from being painfully and widespread interrupted. If children and adolescents are the first to have to back off, this will not remain without consequences.

Education Minister Karliczek spoke of a “tightrope walk” in which the interests of children and health protection had to be weighed up. When asked whether the schools should remain open in the event of another hard lockdown, Karliczek replied that this must be seen regionally. “If I am able to sharpen my package of measures again and thus to keep the situation at the schools safe, I think that can be represented locally.”

The education union VBE (Association for Education and Upbringing) warned against the fact that the principle of hope has had its day. The protective measures at the schools are not sufficient. The staff must get vaccination offers as soon as possible and rapid tests are needed at least twice a week, demanded the association chairman Udo Beckmann. “It is the responsibility of politicians to do everything that is necessary to ensure that the school runs and does not turn into a game of roulette.”

On this Thursday, the education ministers of the federal states will again discuss. Concrete resolutions are not expected for the time being. How they actually proceed is regulated by the federal states themselves. Basically, at least at the moment, it is still planned that older pupils will gradually come back to schools. Elementary school students have been back in the classrooms since February. Lessons are usually in the so-called alternating model – i.e. with divided classes that are taught alternately in school and at home on the laptop.

However, critics fear unnoticed infections, among other things because reports are increasing that there are not enough quick and self-tests in schools everywhere. In addition, the vaccinations of daycare staff and primary school teachers are stalling because the vaccinations with AstraZeneca have been stopped. In the current situation report of the Robert Koch Institute (RKI) it says on the infections in children: “The strongest increase can be observed in children between 0-14 years, where the 7-day incidence has doubled in the last four weeks. “

KAC catches up with the Foxes with a home win over...

Three HSV jokers stand out: Thioune with a lucky hand

Corona in Germany: Numbers remain at a high level – RKI... BGH decision: pocket calculator at the wheel is prohibited