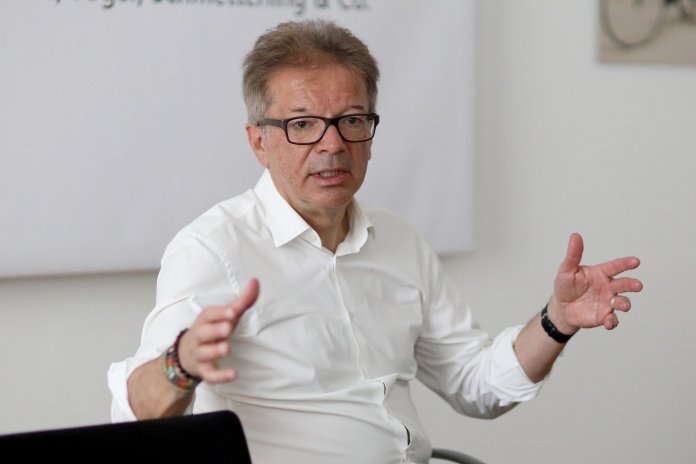 3,498 new infections across Austria from Friday to Saturday. In the past seven days, the number of people suffering from COVID-19 in intensive care units has increased by 28 percent to 504 patients today. The eastern federal states are mainly affected. Before the Easter rest in the eastern half of Austria, Health Minister Rudi Anschober (Greens) appeals that the Austrians should start this rest now in order to relieve the hospitals.

AUSTRIA. According to the Ministry of Health, 187 COVID-19 patients are in intensive care units in Vienna (as of Saturday afternoon) – that is an increase of 22 people affected in the past 24 hours. This means that the Viennese hospitals are already under enormous pressure – and the number of those affected is also increasing in other federal states, ”said Health Minister Rudi Anschober about the dramatic development.

“It takes each and every one of us so that they can continue to live. Let’s act now to protect the hospitals and the health of all of us! Let’s start with an Easter break so that we can turn the trend in the number of infections! Just like that we can relieve the hospitals. “, so Anschober in a broadcast on Saturday.

Our contributions for an Easter break would be so easy to implement:

There are currently 2,156 people in hospital treatment due to the corona virus. 504 of these are cared for in intensive care units.

New infections in the federal states since yesterday’s report:

In a broadcast on Friday evening, Minister of Health Rudolf Anschober stated: Austria has so far ordered a total of 31 million vaccine doses. In autumn 2020, 24 million cans had already been ordered. Anchoring:

“At that time, it was not known which vaccine and which technology would receive market approval, and certainly not which delivery quantities were expected at what point in time. Therefore, right from the start, Austria focused on the one hand on risk minimization through a broad distribution of procurement and, above all, on those vaccines , which were expected in the first half of the year. Further vaccine orders that were expected to be delivered later would not have helped us. “

“There is no problem with the order quantity”

For an adult population of 7.3 million people and with an assumed participation of 70 percent, this results in a need of almost 10 million doses for – mostly – two stitches. Anschober: “There is therefore no problem with the quantity of the order, it has even been overordered several times. Right from the start, a procurement was implemented that focused on risk minimization and priority for products that could be delivered quickly , 5 million vaccinations carried out, 1.1 million people have already received at least the first vaccination. That is a good 20 percent of the population whose participation in the vaccinations we expect. Austria is within the EU countries according to international rankings (see https: //bit.ly/3cpMWk3) for weeks among the states with the greatest progress in the implementation of vaccinations.

The delivery quantities would now triple, announced Anschober: in the second quarter at least another 5.9 million vaccination doses will be delivered, so that by the end of the first half of the year we would have delivered over 9 million vaccination doses. These figures do not yet include the anticipated advance deliveries from BioNTech / Pfizer.

In addition, the recommendation of the National Vaccination Committee on March 24th to make full use of the possible period of six weeks between the first and second dose of the previously approved mRNA vaccines will result in an additional acceleration in the number of people vaccinated: ” We expect a time saving of two to three weeks for the first basic immunization, “says Anschober. A further 12.1 million vaccine doses are expected to follow in the summer quarter alone. “It is therefore realistic that we will achieve our goal of vaccinating two thirds of the population by the end of June / beginning of July with at least one initial bite.”

Are the new measures proportionate to the eastern region?

During the first procurement process in late summer / autumn of last year, 24 million vaccine doses and thus a three-fold overorder were fixed within the existing budget of 200 million euros. In January, following a further purchase option, the budget for vaccinations was increased by a further 188 million euros, which enabled millions of additional vaccines to be acquired, primarily from BioNTech / Pfizer. A 32nd million, 33rd million or 34 million the vaccine doses at the end of the year wouldn’t help, as now only vaccines in the first half of the year really help us.

“In 2020, of course, the procurements were initially planned on the basis of cost forecasts and budgets. At the same time, in autumn 2020 I did not have any additional specific procurement projects that had to be rejected. When these additional options were available in January, we acted, made additional purchases, and increased the budget. “

Huber third in qualification in Russia In honor of Maradona: Naples play in “Argentine” shirts