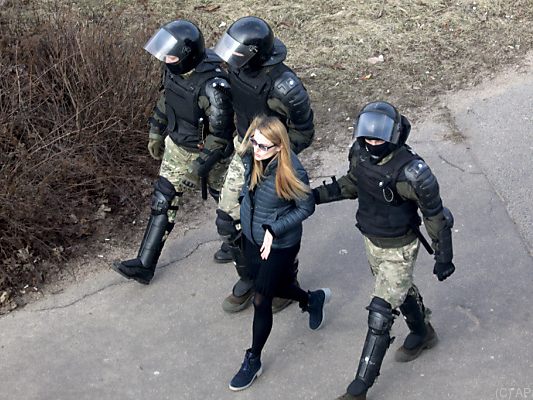 
An arrest was made in Minsk
© APA / AFP

Accompanied by a large police presence, there have been isolated new protests against the ruler Alexander Lukashenko in Belarus. Security forces were sometimes brutal in arrests on Saturday, as photos and videos on social networks showed. The Wesna Human Rights Center listed the names of more than 170 people arrested by the evening.

A video showed how emergency services dressed in black pushed a man to the ground in a meadow and women walked in between. Several online media outlets reported that three of their editors had been arrested. A correspondent for Deutsche Welle (DW) was also affected. Nicholas Connolly was arrested while filming in the afternoon and held for around five hours, Deutsche Welle said on Saturday evening. It was already the second arrest of Connolly within a week.

The protests had previously been announced in appeals as the first major action by the opposition this year. In media reports, however, there was initially no mention of crowds in the capital Minsk or other cities. The opposition therefore called for small, decentralized actions. It was said that passers-by were arrested indiscriminately at bus stops.

Opposition leader Svetlana Tichanovskaya was confident that the Lukashenko regime would overthrow. “Our revolution – or evolution – we can manage,” she assured in an interview with the “Presse am Sonntag”. The Lukashenko case is “an inevitable process”. Lukashenko could prolong the crisis, “but the price is getting higher and higher,” said Tichanowskaya, who at the same time called for greater commitment from Austria for the peaceful transition.

There were no more major protests during the winter – partly for fear of police violence. It was not until Thursday that hundreds of people took to the streets against Lukashenko for the first time on the so-called Freedom Day. The authorities said there were more than 200 arrests. It was also investigated against motorists who honked on the street out of solidarity with the demonstrators.

Tichanovskaya again promoted negotiations with the authoritarian leadership under international mediation on Saturday. So a “peaceful way out of the crisis in Belarus” could be found, she wrote on Telegram. More than 750,000 people have already voted to start such negotiations on a specially set up online platform.

Yemen: Half of children under five years of age are at... 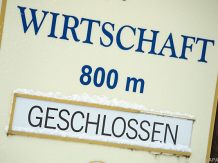 Cheyenne Ochsenknecht: Star kicker will be the godfather of your baby 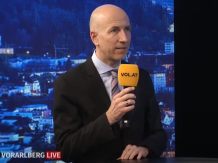