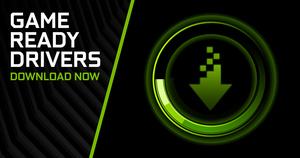 In line with the release of the Geforce RTX 3060 mid-range graphics card, NVIDIA also released the latest driver to date with the version number 461.72 WHQL. In addition to many bug fixes and some bug fixes, a limitation of the hash performance that makes graphics cards less interesting for crypto miners and better performance, the driver also supports NVIDIA’s upcoming new mining GPUs CMP 30HX and CMP 40HX for the first time.

As the company announced yesterday evening, a hotfix driver with the version number 461.81 has now been made available for download, which is supposed to fix some problems with the game-ready driver 461.72. The changes listed in the changelog include shader cache optimizations in connection with Fortnite, fixed graphics errors in Red Dead Redemption 2, crashes in Detroit: Become Human and shorter loading times in Rocket League. Furthermore, the random flickering on GTX 1660 super graphics cards has been fixed and NVIDIA Surround with 4K HDMI 2.1 televisions is possible again.

A complete overview of the changelog with all resolved problems can be found in the summary below:

As usual, the Game Ready driver 461.81 can be downloaded directly from NVIDIA’s homepage.

The Good Life no longer this year

Clinics overloaded due to corona cases: Berlin will accept the first...