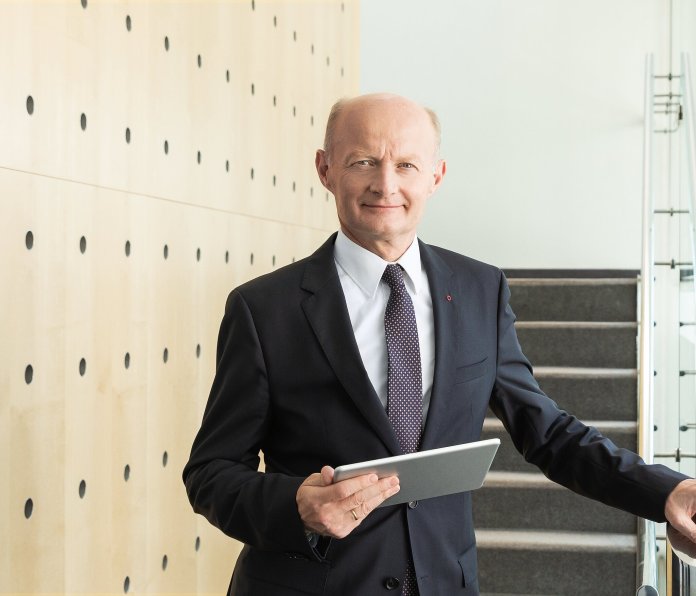 LINZ. “We are facing a major economic upswing,” Oberbank director general Gasselsberger predicted at the presentation of the balance sheet for 2020. The federal investment premium triggered an investment boost of more than 30 billion euros. The good development in Asia and the USA will pull the export-oriented Austrian economy with them. Incoming orders in the industry are at their highest level in two years.

There are now bottlenecks among automotive suppliers and machine builders. Crafts, related trades and the construction industry are flourishing, the banks are well positioned – and: “There is no insolvency tsunami in sight,” said Gasselsberger. At the Oberbank, loans totaling 1.6 billion euros were deferred, especially in April, May and June – this is no longer an issue. “Almost nine out of ten Oberbank customers expect stable performance in 2021 or even better performance than in 2019.” Nonetheless, bankruptcies are expected to rise by 20 to 25 percent compared to 2019, because: “In 2019, bankruptcies fell by 40 percent, so there is unfortunately some catching up to do.”

In any case, appropriate provisions were made in the Oberbank 2020 balance sheet – with almost tripled risk provisioning despite the credit risk that is still low. The higher reserves, the negative investment result mainly due to the voestalpine participation (lower share price), lower valuations of financial assets and the costs for deposit insurance (Commerzialbank Mattersburg) caused the annual result after taxes to fall to 123.5 million euros – a minus of 42 , 8 percent. At the same time, however, Oberbank strengthened its equity – by 2.6 percent to more than three billion euros. The core capital ratio rose to 18.17 percent, which means that Oberbank would be well equipped for critical situations and, by comparison, is in the top third of European banks.

Inoculation is followed by inflation

A sharp rise in inflation – up to three percent – is forecast by Oberbank boss Gasselsberger for the period after the population has been vaccinated. There are already significant price increases for transport and raw materials, but these have not yet had an impact on consumers. Long-term interest rates have already risen, “the interest on short-term deposits will not go along with it”. In other words: savers have to be prepared for a loss of purchasing power of up to 20 percent in a decade.

Not good news for the Austrians who have been saving significantly more since the pandemic began – because there is no opportunity to spend money or because they want to put on a larger safety cushion. In any case, the private deposits of Oberbank customers grew by eight percent to 6.2 billion euros in 2020 – online savings in particular enjoyed great popularity. The increase in residential construction financing was even stronger, at 9.1 percent to 3.4 billion euros, because there was substantial investment in living space or single-family homes.

While customers are expanding houses and apartments, Oberbank is doing the same with the branch network: In addition to the current 176 locations, there are three more – one each in the Czech Republic, Hungary and Germany.
General Director Franz Gasselsberger sees Oberbank’s position in the dispute with UniCredit as optimistic as the economic development: The latest court decisions have confirmed the Oberbank’s legal position.

Demi Lovato talks about her drug past

Corona – There are no “lockdown babies” in Vienna

AstraZeneca applies for approval of vaccine in EU

Questions after the series finale: Okay, is Wanda now the villain...

Less vaccine for Berlin and Brandenburg

Mass tests: where you can get tested

Shiffrin is planning the slalom run in the record books