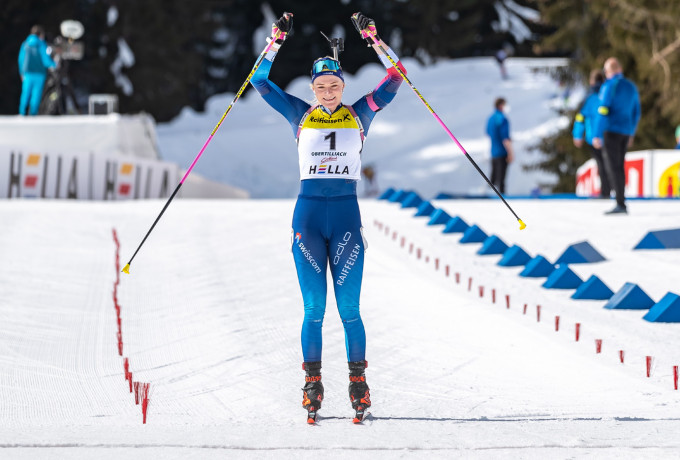 The four sprint winners also took gold in the pursuit at the JWM.

In the 12.5-kilometer pursuit race for the juniors, Emilien Claude won ahead of his compatriot Eric Perrot. As in the sprint, the Russian Mikhail Pervushin also secured bronze in this discipline. The Tyrolean Dominic Unterweger also delivered a great race with 18th place.

In the 10-kilometer pursuit of the juniors, the Swiss Amy Baserga took her second gold after yesterday’s sprint title with an almost flawless race. She won ahead of Synne Owren from Norway, third was the Italian Rebecca Passler.

The best Austrian was again Lea Rothschopf from Salzburg, who made it to twelfth place with two mistakes on the shooting range: “I didn’t expect that myself. It was a really cool race with only two mistakes. As with the last races, things went great again. ”

For the relay on Saturday, the Austrian team expects a top 6 result. “We are all very strong, especially on the trail. But unfortunately I have my problems with the shooting range here ”, said the individual European champion of the previous year Anna Gandler.

In the youth pursuit race, Leon Kienesberger from Upper Austria delivered another strong race. Up to the last lap he was in the top ten, on the last meters he lost his strength a little after two shooting errors and he came in 14. “My World Cup summary is absolutely satisfactory: I won bronze in the individual and came under the two times Top. Obertilliach has been my favorite place since the week, ”said the 18-year-old. As in the sprint, the Russian Denis Irodov clearly prevailed against the Poland Marcin Zawol and the Swede Oscar Andersson.

A real magnet for precious metals is the Slovenian Lena Repinc, who won her third medal at the end of the year in Obertilliach. After gold in the sprint and silver in the individual, she also triumphed in the 7.5 kilometer pursuit and distanced the two Italians Martina Trabucchi and Linda Zingerle. The 18-year-old Anna Andexer from Saalfeld was again best Austrian with 17th place.

Shitstorm! Children are raised like dogs in the RTL show...

Tests do not reach all sections of the population

With a reduced offer: Flixbus wants to offer trips again from...