NEW YORK / LONDON (dpa-AFX) – The oil prices continue their volatile course. On Tuesday, the prices fell significantly after going up a little at the start of the week. A barrel (159 liters) of North Sea Brent cost 64.01 US dollars last. That was 91 cents less than the day before. The price of a barrel of West Texas Intermediate (WTI) American raw material fell by $ 1.08 to $ 60.48.

Trade commodities with high leverage and small spreads. You can start trading with as little as 100.00 in order to benefit from the effect of 3,000 euros in capital!

The raw prices were burdened mainly by the appreciating US dollar. Since the commodity is traded in the American currency, an appreciating dollar makes raw material more expensive for investors outside the dollar area. The demand from there is falling accordingly.

Oil prices have not found a clear direction since around mid-March. One reason for this is likely to be the globally inconsistent development of the corona pandemic. In some regions, such as the USA, it looks like a strong economic recovery, in other regions, such as large parts of Europe, it will be a long time coming. The outlook for oil demand is correspondingly uncertain.

The oil association Opec +, which wants to discuss its funding policy on Thursday, is also confronted with this uncertainty. Experts therefore assume that he will stick to his cautious attitude. At the beginning of March, contrary to expectations, the sponsoring states did not decide to expand production. There are signs of a similar approach for the coming meeting.

In the meantime, the situation in the Suez Canal is normalizing again. According to the canal authority, the traffic jam begins to dissolve after a wrecked giant freighter blocked one of the most important waterways for days. However, according to information from shipping companies, it can still take days for the entire traffic jam to clear

Corona review part 1 – The beginning of the pandemic: When...

FCZ takes third classic victory in a row – YB and... 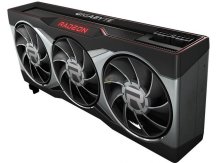