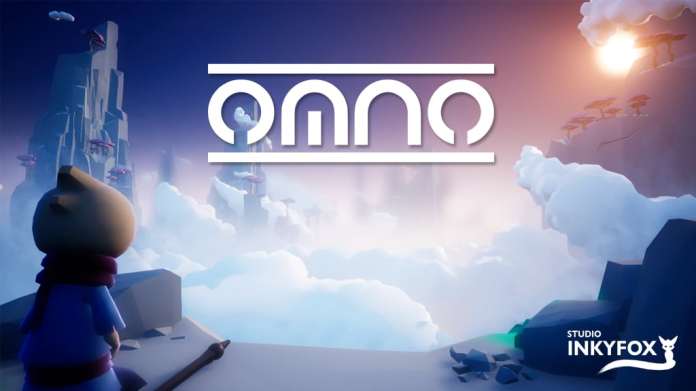 The eagerly awaited 3D adventure Omno by German solo developer Jonas Manke (Studio Inkyfox) was presented today as part of the “Twitch / [email protected] Showcase Events ”announced for Xbox One and Game Pass for console and PC. The title originally started its journey on Kickstarter (funded over 300%) and will be released this summer for PC, PS4, Xbox One and Game Pass and will follow shortly after on Nintendo Switch.

Omno is an atmospheric adventure in which the player embarks on a journey of discovery through an ancient world full of wonders. There are lush forests, endless deserts and icy mountains to discover. With the power of a long-forgotten civilization, the hero even gets through the clouds. On the journey you encounter fantastic creatures, with whose help the player experiences his adventures. Among other things, you will meet shy, stone-like crabs, helpful giant tortoises, gigantic dinosaurs and many other bizarre creatures.

The Omno Universe is filled with puzzles, platforming challenges and hidden secrets. The player’s magic wand is the key to activate long-forgotten relics and allows them to teleport over platforms in a flash, surf over hills, glide into lofty heights and more.

“Ever since I started working on Omno, the player feedback I’ve had on the title has been overwhelming. For a little game by a solo developer in the middle of Bielefeld, that’s really hard to believe. I never thought that Omno would take off like this on Kickstarter, climb the top of reddit and be shown at international gaming shows, ”says Jonas Manke. “Right from the start, I wanted Omno to be accessible to as many players as possible and that’s why I’m so happy with the support of the Xbox team. Your help has made it possible for Xbox gamers to immerse themselves in the world of Omno soon. “

About StudioInkyfox
Behind Omno is Jonas Manke aka Studio Inkyfox, a solo indie developer from Germany. Before starting his solo career, Jonas worked for ten years as a freelance animator in the film and video game industry (most recently the State of Decay series). Omno will be available for Steam, Xbox One, PS4, Game Pass and Switch in 2021.

According to Leak, VR boss calls for a new focus on...

Test winner and other devices with a new top price

Dimitrios Grammozis is the new coach at Schalke: boss with probationary...

Amira Pocher tells of birth – “I felt: something is wrong...

Reactions to the storm of the Capitol: Americans in Stuttgart shocked...