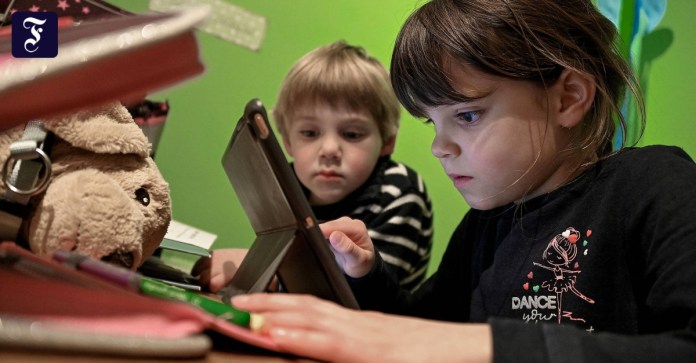 FROMFederal Education Minister Anja Karliczek (CDU) wants to spend one billion euros on a nationwide tutoring program to support poor learners in the corona pandemic. According to the will of the minister, at the end of this school year there should be surveys of learning levels in the core subjects in all federal states. “20 to 25 percent of the students probably have a long learning curve – perhaps even dramatic ones,” she told the newspapers of the Funke media group. “If we set up a tutoring program for the core subjects, we need around a billion euros.”

The minister gave further details of a planned federal-state program: By the new school year at the latest, additional funding opportunities would be made available, which should relate to core subjects such as German, mathematics and possibly also the first foreign language. The target group of the program are primarily students who are about to switch – either to a secondary school or to an apprenticeship. The respective need must “be determined beforehand in a learning status survey”.

First offers in the summer holidays

There should be initial offers in the summer holidays. For the program, Karliczek wants to fall back on structures in the federal states: “For example, student teachers, retired teachers, educational foundations and, of course, private tutoring providers could be involved.”

According to calculations by the Institut der Deutschen Wirtschaft (IW), catching up on the corona-related learning backlogs of students requires more than the amount stated by the minister. To close the gaps, additional public funds of around 1.5 billion euros are necessary, the “Rheinische Post” quoted a study by the IW.

Support requirement of around 100 hours per student

According to the report, the study by the employer-related institute assumes around 1.5 million schoolchildren for whom the crisis has created a greatly increased need for support. The authors reckon with an average need for support of around 100 hours per affected student and thus come to the billions. That is “money well invested to avoid the worsening of the inequality of educational opportunities and significantly higher follow-up costs”.

The SPD-led states propose to offer around one in five of the 11 million pupils additional lessons – either two hours per week over a whole school year or four hours over half a school year. According to the German Teachers’ Association, more than 500 lessons have been lost since the pandemic began.

BVB: Mats Hummels gives the all-clear after injury to the ankle...

Biontech develops its own planning tool against the vaccination chaos in...

Musicians from Bad Cannstatt: A very successful year for the Duo...

Turbo opening of the restaurants clearly fails in the National Council