The ex-wife of Amazon founder Jeff Bezos, MacKenzie Scott, is remarried. “By lucky coincidence I am married to one of the most generous and lovable people I know,” wrote her new husband Dan Jewett on the website of the initiative “The Giving Pledge” in a joint profile with the 50-year-old.

The signatories of “The Giving Pledge” undertake to donate at least half of their assets to charitable purposes during their lifetime or in their will.

Also on the Amazon profile of Scott, who is the author of two books, it has recently been said that she “lives in Seattle with her four children and her husband Dan”. Several US media also quoted a message from Jeff Bezos on Monday: “Dan is such a great man and I am happy and excited for both of them.” According to media reports, Jewett works as a teacher.

Scott and Bezos, who is one of the richest people in the world, separated in 2019 after around 25 years of marriage. The couple have four children. The divorce made Scott one of the richest women in the world. The couple had once met at the New York investment firm DE Shaw, he was vice president, she secretary, who wanted to finance a career as a writer with the salary. 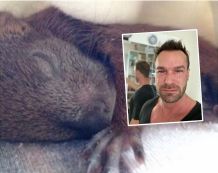 Expert press conference in Bern – “A moderate increase in the...

Visit to Lonza production of the Moderna vaccine

US Congress continues after storming the Capitol