Cologne (dpa) – The starting shot for the imams “made in Germany” of the largest Islamic organization Ditib received a lot of attention. Then it got quiet.

After a good year, the academy director draws an interim balance sheet: There is a lot of interest and positive feedback from the mosque communities, the Muslim community and generally from the German public, says Seyda Can. “The participants took a lot of steps forward”, reports the training officer for the imam training, Eyüp Kalyon.

After allegations against the Ditib of acting as the extended arm of Turkish President Recep Tayyip Erdogan and after demands from the federal government and North Rhine-Westphalia to break away from Ankara, the association had promised reforms. The new training course began at the beginning of 2020 in the Eifel town of Dahlem – and aroused high expectations. The federal chairman Kazim Türkmen spoke of a “new beginning”, a “historical development not only for Ditib, but also for Germany”. Interior State Secretary Markus Kerber said at the time that Ditib was about to set a course: “Does it want to be a religious community located in Germany or does it see itself as a foreign organization of the Turkish religious authority?”

How is the situation now? According to Kalyon, the participating 12 men and 14 women from almost all federal states were born and socialized in Germany and have a German Abitur and a German passport in their pockets. Most of them did their bachelor’s degree in Islamic theology in Turkey. “Unfortunately, due to the pandemic, we weren’t able to implement a lot of the curriculum,” says Kalyon. The switch to online is going well. Relationships with young people, senior citizens, women’s and family associations can be established even under difficult conditions.

“We train Islamic theologians, there is no lateral entry for social workers,” Can describes. “The starting point of our training is everyday life in the communities in Germany. We focus on religious needs, religious advice and support. ” There are almost 900 Ditib mosque communities and around 1100 religious officers, including about 110 German-speaking, according to 2020. The Diyanet religious authority in Ankara sends and pays the Ditib imams. Of the total estimated 2500 imams nationwide, 90 percent are trained abroad.

What is the curriculum like? “This is really a Germany program,” Can emphasizes. “It is not compiled by Diyanet.” So developed entirely in-house. There is no such thing as “one textbook”, but rather different material, mostly in German. Islamic scholars from several universities give lectures as external experts. The list of speakers and training regulations will be published soon. Ditib pays for the training and is currently talking to the Federal Ministry of the Interior about support.

Kalyon emphasizes: “An imam is also in contact with people in crisis situations. He is confronted when extremists come into mosques and try to lure young people. ” Kalyon was himself an imam at the Essen Central Mosque. “In our mosque communities, however, there are no signs of radicalization.” And: “I have a problem if our training were only declared as a prevention program against radicalization. That doesn’t do it justice. ” An imam is also a contact person for anti-Muslim racism, adds Can. The newly trained imams are probably also paid by the Diyanet. There is currently no other solution in sight.

For Islam scholar Mouhanad Khorchide it is important: “Muslims have long since become part of Germany, but their imams must also become a natural part of Germany.” They should know the reality of life for Muslims in this country and be made aware of questions about living together in a pluralistic society. The goal must be a cosmopolitan Islam that makes it possible “to identify both as a Muslim and as a citizen of Germany without getting into an identity conflict and having to decide on an either / or.”

According to Khorchide, there are eight universities with Islamic theology nationwide. «That is an important basis for the academic discussion of Islam in Europe. Building on this, imams can be trained, ”says the head of the Center for Islamic Theology at the University of Münster.

The Ditib training is a step in the right direction, believes Islamic scholar Jörn Thielmann from Erlangen. “To what extent Diyanet governs directly cannot be said.” He points out that “with such exchange rates it would take decades before the supply of the Ditib communities has changed.” German-speaking imams are soon to be trained at the Islam College in Osnabrück, with the federal government and the state of Lower Saxony providing financial support. It is regrettable that Ditib is not there, says Thielmann. It fits in with the line, “to see yourself as an independent, strong and self-sufficient actor who does not have to cooperate with other organizations.”

Bishop Voderholzer: Only a man can be a priest

St. Galler is in trouble with authorities because of Maserati that...

Corona vaccine from Biontech and Pfizer approved by EU Commission –...

Seven-day incidence according to the RKI at 68 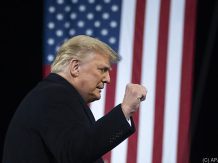 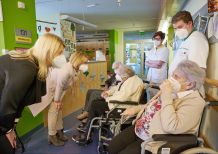 This is how the first vaccination day went in Lower Austria...