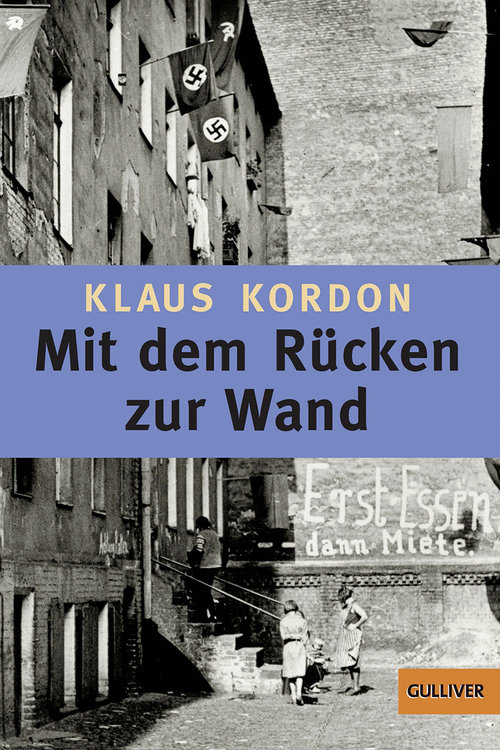 For 16-year-old Hans, who comes from an established communist family who is ideally committed to the struggle for a fairer world order, the upswing of the Nazis comes as a surprise. When Hitler is elected Chancellor overnight, a world collapses for his father and brother Helle …

Berlin 1933: On the run-down block where Hans lives with his family, someone smeared swastikas on the wall. Next to it it says: “First food then rent”. Hans witnesses how a neighbor family who can no longer pay the rent for the wretched hole is thrown out of the apartment onto the street. What shall become of them? People look away. They are poor themselves and without hope. Trash picking, doing odd jobs, vendor sellers. It’s lucky if at least one member of the family has a job. Hans is incredibly lucky, he can take a job as an unqualified warehouse worker in the machine factory after school, thanks to his achievements in the gymnastics club. His dream of a real apprenticeship position has finally been shattered. But the struggle for survival is tough. Many people lose it in front of everyone.

And yet nobody can afford to be apolitical in these difficult times. On his first day at the new workplace, Hans was targeted by two Nazi colleagues and was brutally beaten in the washroom. Neither bravery nor indulgence serve him as a strategy against the blind hatred that continues to intensify, no matter how Hans behaves. Fortunately, his master has the same political views as Helle. But even this protection fails on the dark cellar stairs … Again and again Hans literally gets away with a black eye.

After Hitler came to power, the master’s desk is suddenly empty. Hans recognizes the danger, acts at the last second, makes a decision between two evils, two bad evils, and thus maybe saves his life.

Again and again the boy has to experience bitterly that friendship and enmity are suddenly only political. Even choosing the right gymnastics club is such a commitment. If you belong to one, you are the other enemy. There is no such thing as neutrality. You are always someone’s enemy! Because whoever does not want to confess is everyone’s enemy.

So everyone has to decide: If you choose the strong, you enjoy their protection. If you choose the weak, you will be a target and someone is waiting for you on every street corner, woe to you if you come home in the dark!

The rift that is so brutally tearing the society of this Germany apart also grips friends and families. Hans’ sister Martha has to decide: when her boyfriend, a former classmate of Helle, suddenly joins the Nazis, father and brother turn their backs on her. Martha comes under pressure, sticks to the aspiring fiancé, wants to escape a life of misery. A decision without turning back. After the Nazis came to power, the latter then shows his true human face …

During this difficult time, Hans finds strength in love. Tender bonds are formed between the apprentice and the girl with the long brown braid, whom he first noticed while reading on a park bench. What a coincidence, she works in the sewing room of his factory! Mieze, whose real name is Margarete, soon confesses to him that she is half-Jewish. Is it important? When it suddenly seems to be important after Hitler came to power, Mieze doesn’t want to hide: she tells Hans that she wants to tell her colleagues. One night a swastika is smeared on the wall of the house where she lives with aunt and uncle …

Kitty – Jewess. Martha – a Nazi bride. Helle, the communist, bitterly continues his lost battle, side by side with his young wife, despite disappointing signals from Moscow. What happens to the newborn Änne if something happens to both of them? The father – invalid, the mother unemployed, and then there is Murkel, the little brother. And a Germany in which everything is upside down!

How do you behave in such a world? what is right, what is wrong? Who can help you orientate yourself? The government? The family? The conscience? Hans decides for his conscience, but this too constantly presents him with new challenges. When everything around him collapses, Kitty is still by his side. But the disaster hovers noticeably over their heads. Stay or go away? This question now arises.

With the book “With the back to the wall”, Klaus Kordon brings an exciting didactic piece about a dramatic section of history to the fore, the result of which we can today clearly assign morally and have worked through in many respects. The question of conscience has long ceased to arise. At the side of his protagonist Hans, the run-up to this can be felt from the point of view of the common people. No leader without a people – and yet the events rushed over many heads like a wave. Some got carried away or went under, swam up, clung to sinking ships or lost their bearings. Every wrong decision could cost your life – or your soul’s salvation. How would I, how would you have decided?

Klaus Kordon was born in Berlin in 1943 and grew up in East Berlin. His father died in World War II, and after his mother’s death in 1956 he lived in various children’s homes. After studying economics, he traveled to India, Indonesia and North Africa as an export salesman. During this time he began to write. In 1972 he tried to escape to the West in Bulgaria and spent a year in prison. Bought ransom by the Federal Republic of Germany in 1977, he processed the experience of imprisonment and his life in the GDR in the novel “Crocodile in the Neck”. Kordon mainly writes time-critical children’s and youth literature.

Naddel advertises and is ridiculed by her Instagram followers

Donald Trump and the pardons: President in fear

Ex was not allowed to the funeral service: is there now... 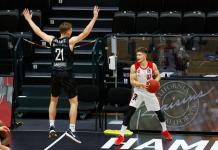 BBL classic: Bamberg travels to the favorite in Berlin – Bamberg