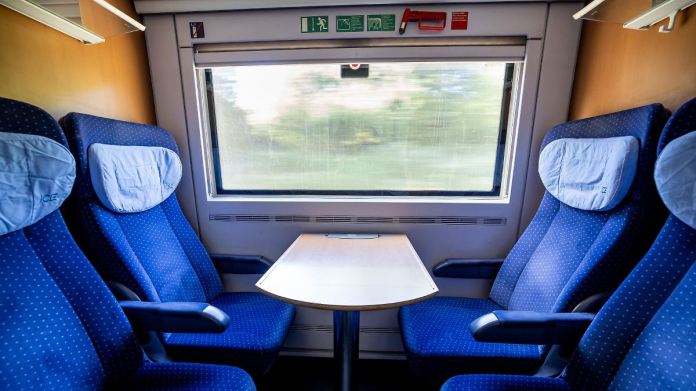 Over the past few decades, open rows of seats have increasingly displaced the compartments in ICE trains. Now there are signs of a trend reversal. Deutsche Bahn is rethinking its previous concept – and is expecting significantly more passengers in the near future.
In the future, Deutsche Bahn passengers could again be seated more frequently in compartments. The company is thinking about subdividing the wagons again. “Our customers want more opportunities to retreat and, in return, more compartment-like rooms,” said Bahn Board Member Berthold Huber. Concept studies should show what this could look like in future trains by autumn.

This indicates a trend reversal. For decades, the railway has been saying goodbye to the compartment with each new generation of trains. Instead: open rows of seats in open seating cars. While the oldest ICE1 still had almost a third compartment space, the current flagship ICE4 only has it for families with small children.

First of all, more ICE4s will be on the track. The 75th of a total of 119 trains is to be delivered in the summer, the last in 2023. But the fleet renewal continues even after that. “We are thinking about a generation of completely new high-speed trains,” said Huber. It will be years before these come back onto the track with possibly more compartments. “These are considerations for the second half of this decade.”

Deutsche Bahn needs so many new trains because it has set itself the goal of serving 260 million long-distance customers in 2030. That is twice as many as in 2015. Compared to the Corona year 2020, it would be more than tripling. “We don’t lose sight of the goal at all,” said Huber. People are hungry when traveling. “Demand will come back much faster than some say now.” Deutsche Bahn is doing everything to ensure that traveling by train is as safe as possible and that distances can be maintained. There will be no special rights for vaccinated people.

Police strengthen forces in the area around the Reichstag building

Schalke 04: Successor for Jochen Schneider found – with a catch

Two and a half year high: vaccine hopes raise euros