Both sales and profitability should clearly increase in 2021, as the automotive supplier, listed in the SDAX index, announced on Wednesday in the Hessian Maintal when it presented detailed annual figures.

Income from own resources is expected to increase in the low double-digit percentage range in the current year, after having fallen by a good 12 percent in 2020 to around 952 million euros. The margin on adjusted earnings before interest, taxes and goodwill amortization (Ebita) is expected to climb to over 13 percent. In 2020 it had dropped to 5.7 percent, after 13.2 percent a year earlier.

Analyst Peter Rothenaicher from Baader Bank spoke of a very optimistic outlook that was even slightly above expectations. He stuck to his buy recommendation for the share and sees it still attractively valued. NORMA also achieved a strong free cash flow even in a year of crisis, according to the expert.

In the past year, NORMA felt the effects of the pandemic and high renovation costs. In the second quarter in particular, there was a slump in demand and production interruptions in numerous NORMA plants before the demand for connection technology gradually picked up again. The bottom line in 2020 was that the surplus collapsed almost completely to just 5.5 million euros, after the group had generated 58.4 million euros in 2019.

However, NORMA managed to get out of the red in the second half of the year after posting a clear deficit in the first half of the year. In the final quarter, the Hessen then benefited from a significant recovery, especially in the auto business.

CEO Michael Schneider pointed out that NORMA grew organically again in the fourth quarter. In 2021, the manager wants to focus even more on the business areas of water management, industrial applications and electromobility. In addition, the ongoing renovation and savings program should continue to be implemented, emphasized Schneider.

In contrast to pure automotive suppliers, NORMA is more broadly positioned. The NORMA Group produces, among other things, hoses, fittings, pipes and fastenings. The connection technology specialist’s products are used, for example, in the automotive industry, but also in the aviation and marine sectors, in cooling systems or in water management. According to its own information, the company has around 8,800 employees and customers in over 100 countries.

The shareholders are to receive a dividend of 70 cents per share for 2020 and thus significantly more than analysts had expected. In the previous year, the distribution was only 4 cents due to the Corona crisis – the legal minimum dividend. NORMA made it clear that the dividend proposal is intended to distribute almost 92 percent of the adjusted result for the period. The company intends to partially compensate for the reduced dividend from last year.

In the long term, NORMA wants to return to its usual dividend strategy with a payout ratio of around 30 to 35 percent of the adjusted result for the period.

NORMA is relying even more heavily on electromobility for the future development of the automotive business. “Electromobility is one of the decisive future fields for us,” said CEO Michael Schneider on Wednesday of the financial news agency dpa-AFX. He sees the SDAX company, headquartered in the Hessian Maintal, which according to Schneiders does between 40 and 50 percent of its business with the automotive industry, armed for the diverse challenges of the industry. “Whether fully electric, hybrid, fuel cell or hydrogen – we are represented in all drive trains and are well positioned,” he explained.

In contrast to classic automotive suppliers, NORMA is more broadly positioned and also has a focus on water management, for example. Schneider sees this as a great advantage with a view to the Corona crisis. “Our water business has developed very positively and the auto business also picked up strongly again in the second half of the year, especially in China,” emphasized the group leader. He expects significant increases in sales and profitability for the current year after sales and profits plummeted as a result of the 2020 pandemic.

While Schneider expects NORMA to emerge stronger from the crisis, he assesses the situation differently for the entire supplier industry. “Overall, the market will develop in different ways,” said the manager. Growth will continue in China, and the NORMA boss expects positive developments again in America and the Europe-Middle-East-Africa region. However, precisely those companies that got into difficulties and liquidity problems due to Corona in the past year are now faced with a major challenge: “They will have to manage the expected growth well again. That is the central task,” said Schneider, looking ahead.

According to Schneider’s expectations, the first quarter of NORMA’s financial year, which will run until the end of March, should be “really good” and be in line with the forecast. NORMA is also on the right path thanks to the ongoing restructuring of the group, which is accompanied by a site closure in Gerbershausen (Thuringia) and the reduction of up to 100 jobs at the headquarters in Maintal. “Of course there are a few difficult decisions in the program. But unfortunately they are necessary to position us well for the future.”

More news on the subject of NORMA Group SE

Bechtle announced quarterly results for the most recent quarter of the...

Merkel at the Corona summit for tougher lockdown: First countries are...

Corona at Airbus in Hamburg: aircraft manufacturer has to send 500...

From the neck to the statistics: the way of the samples

“We also want to be a bit relevant”: New Emperor 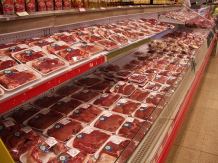