March 28, 2021 at 11:31 am
of Claus Ludewig –
On April 1st, 2021 the loot shooter Outriders will be released for PC and consoles. Now the Japanese development studio has published more details – such as the day 1 patch, preload and bundle campaign.

What is behind the world of Enoch? From April 1st, players can answer this question if they play the loot shooter Outriders. Here you control a hero who has to fight the evil inhabitants of the planet in order to solve the mystery of the sci-fi world Enoch. Now the Japanese development studio has announced via Reddit that buyers can already start downloading the game on the Xbox console, while users of a Playstation 4 or Playstation 5 have to wait until March 30th before they can also download Outriders can begin. There is still no information on the PC as to when the Steam version can be downloaded, no preload is offered in the Epic Games Store.

Notebook bundle with Outriders is available until April 15th

Just in time for the release on April 1st, there will be a Day 1 patch on all platforms, which among other things offers PC gamers the option of playing the cutscenes at 30, 60, 90 or 120 fps. On the Xbox Series X / S and PS5, however, the cutscenes are locked at 60 fps, while on the Xbox One and Playstation 4 the cutscenes run at 30 fps. In addition, the following bugs will be fixed or improvements implemented:

On April 1st, the sci-fi game Outriders from the Japanese developer Square Enix will be released. The title will not only be included in the Xbox Game Pass game subscription from release onwards, but Nvidia is also putting together a bundle of gaming notebooks. Anyone who buys a laptop with a Geforce RTX-20 or RTX-30 graphics chip from one of the participating dealers will receive a download code from Steam for Outriders via email. The campaign runs until April 15, the claim must be made by May 28, 2021 within the Geforce Experience PC app. Only one code is issued per customer.

06:33
Outriders: Trailer introduces the graphics options of the PC version

Also worth reading: Outriders: No problems like Cyberpunk 2077 on PS4 and Xbox One, according to developers

That is how old the Covid 19 deaths were in Germany 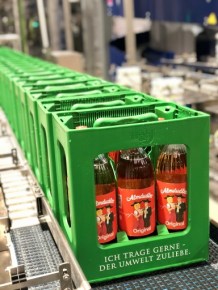