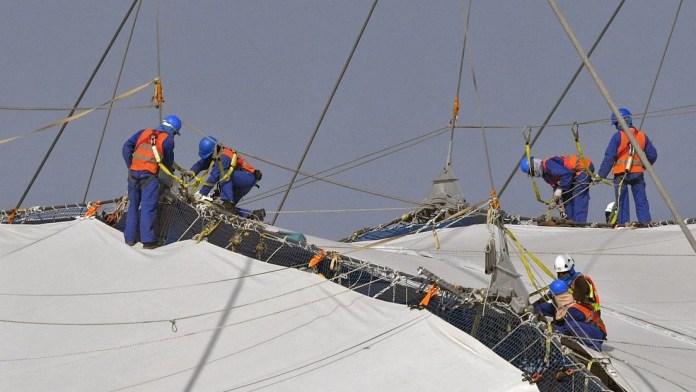 The British Newspaper The Guardian had reported at the end of February that more than 6,500 guest workers from India, Pakistan, Nepal, Bangladesh and Sri Lanka had died since the FIFA World Cup was awarded in 2010 in Qatar. The Guardian relied on government information from the respective countries.

The human rights organization Amnesty International then called on Qatar to independently investigate deaths among migrant workers. Qatar’s government, however, shared, according to the dpa with that the death rate among millions of foreign workers is in an expected range. The newspaper report by The Guardian mislead the public.

Still, after a boycott, the voices get louder. In Norway, for example, numerous football clubs – including Rosenborg Trondheim, the country’s largest club – voted for a boycott of the 2022 World Cup in Qatar. The Norwegian Football Association NFF wants to discuss a possible boycott vote on March 14th. It is also about financial issues. Although Norway’s participation in the World Cup is not considered likely. Norway have to play against the Netherlands, Turkey, Montenegro, Latvia and Gibraltar in the World Cup qualifiers. Nevertheless, the NFF calculated that by calling for a boycott it would lose almost ten million euros. “That would hit top clubs as well as popular sport,” said NFF General Secretary Pål Bjerketvedt Deutsche Welle.

The loss of income for the DFB – especially with a likely World Cup participation – are many times higher. Nevertheless, ProFans urges to take the step of boycott:

“We call on the DFB to cancel participation in the World Cup in Qatar.”

The fan organization calculates that “every seven hours” on the World Cup construction sites in Qatar, “a worker from the Indian subcontinent” dies – “we cannot overlook it”.

“A lavish football festival on the graves of thousands of migrant workers – to take part in it would be the end of ethics and dignity. We turn away from it with horror. Football is more than just a game. Football is also: social responsibility. We are safe , Others will follow Germany’s example. If the DFB wants to retain a last bit of credibility, it has to cancel its participation in this tournament, and now! “

Why is the death toll so high?

Lost finds: on the trail of indigenous skulls 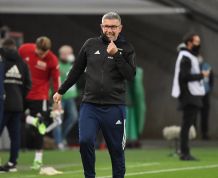 Partial disempowerment of the cantons: Sommaruga wanted tougher measures than the...