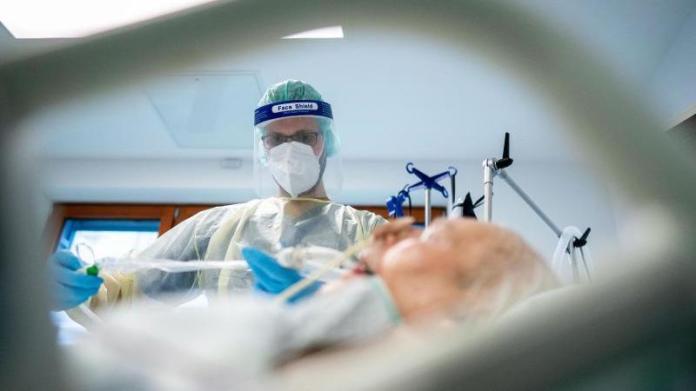 Berlin (dpa) – Since the corona pandemic began, more than 75,000 people have died from or with the virus in Germany. So far, 75,212 corona deaths have been reported to the Robert Koch Institute (RKI), according to figures from Wednesday morning.

Recently, however, significantly fewer people died than in January. The health authorities reported 248 new deaths to the RKI in the course of Tuesday, the maximum was reached on January 14 with 1244.

After the number of new infections fell significantly in the lockdown by around mid-February, the death rate also fell with a time lag. Recently, however, the number of infections rose sharply again – which experts also attribute to the widespread use of more contagious variants.

According to the RKI, the number of new infections reported within seven days per 100,000 inhabitants (seven-day incidence) was 108.1 nationwide on Wednesday morning – and thus at least stable compared to the previous day. Two weeks earlier, the value was 65.4.

Despite the increase in the number of cases, the number of deaths has recently remained at a comparatively low level. On the one hand, this can be due to the period of time that usually lies between infection and death in severe cases. On the other hand, it could also play a role that more than half of residents aged 80 and over and almost all residents of nursing homes have received at least one dose of vaccine.

The health authorities in Germany recently reported 15,813 new corona infections to the RKI within one day. Exactly one week ago, the RKI had recorded 13,435 cases. The data reflect the status of the RKI dashboard from 8.00 a.m., subsequent changes or additions to the RKI are possible

The RKI has counted 2,690,523 detected infections with Sars-CoV-2 in Germany since the beginning of the pandemic. The actual total number is likely to be significantly higher, as many infections are not detected. The RKI stated the number of those who had recovered at around 2,445,300.

The nationwide seven-day R-value was, according to the RKI situation report from Tuesday evening, 1.04 (previous day 1.12). This means that 100 infected people theoretically infect 104 more people. The value represents the occurrence of the infection 8 to 16 days ago. If it is below 1 for a longer period of time, the infection process subsides; if it is consistently higher, the number of cases increases. On Sunday, the RKI had given the value as 1.22.

Corona News: Spahn: vaccinate those in need of protection first –...

2-in-1 convertible based on ARM with 5G

Donald Trump wants time back as US President: “I miss it”