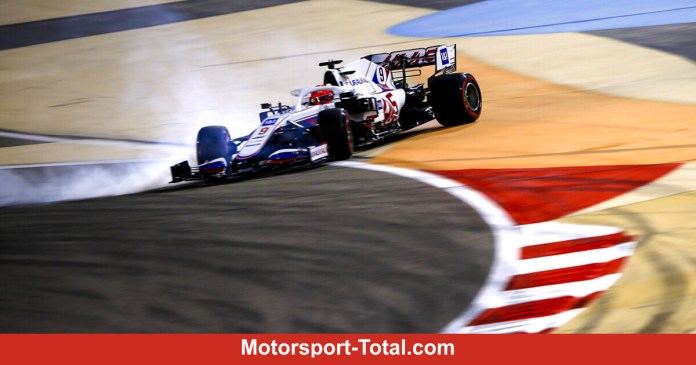 (Motorsport-Total.com) – Haas rookie Nikita Masepin attracted negative attention several times in his first Formula 1 qualifying. The Russian spun twice in total in Q1 and caused astonishment when he overtook several competitors in the decisive outlap before the last quick attempt.

Masepin only finished 20th in his first qualifying

During the warm-up lap in the final seconds of Q1, the Russian pushed his way forward a bit in the queue of the waiting cars and overtook the slow-moving opponents – specifically both Mercedes drivers and a Red Bull – before the last corner at a relatively high speed.

This behavior is not welcomed by drivers. A non-binding agreement (“gentleman’s agreement”) between the pilots stipulates that opponents should no longer be overtaken on the warm-up lap. Masepin, however, defends his action: “I want to be very clear about that [Haas]Teams and have to do as I am told. “

If you listen to the communication on the Russian’s team radio, it actually becomes clear that his race engineer allowed him to overtake the competition before the last corner. “Okay, you can overtake,” his engineer confirmed. “You are in a good position.”

With only two seconds left on the clock, he finally crossed the start-finish line to start his last quick attempt. “Otherwise I would have been shown the red flag. So I didn’t have time to wait.”

“I queued like everyone else in line, but was told that if I didn’t continue the session would be over. So what should I have done?” The newcomer asks. “I have to follow the instructions from the team, that’s my job after all.”

When asked whether other drivers have complained about his behavior, he says: “Negative.” Masepin also emphasizes that he is sorry if someone is dissatisfied with his behavior. “But I follow my engineer’s instructions.”

Shortly after he got himself into a good starting position, his fast lap was over again: When braking into Turn 1, the rear of the VF-21 suddenly broke out and Masepin parked the car in the first corner – and thereby hindered the fast laps its competition. The team later discovered a brake-by-wire problem.

In the overall standings he is therefore in last place, with a lap time of 1: 33.273 minutes he was eight tenths of a second slower than teammate Mick Schumacher. Something in the car “changed” from the winter tests, which he had finished very satisfied, to the start.

“Since the beginning of the weekend I haven’t been so satisfied. But I’m confident that I’ll soon be happier in the car. The season is still a long one.”

On our own behalf: Heise Medien acquire Rheinwerk Verlag

Corona in Berlin: Obligation to work from home gets Berlin authorities...

Florian Silbereisen talks about the relationship with Helene Fischer

Russian vaccine in great demand ?: Country leaders are pushing for...