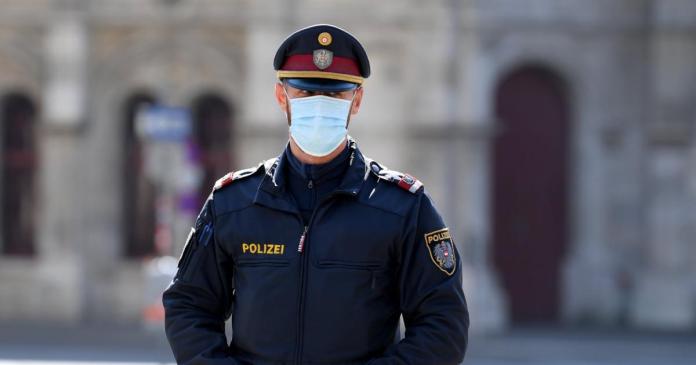 Illegal corona party or a big meeting to practice one’s religion? Eyewitnesses made a very noticeable observation on Friday afternoon in a house of prayer in Vienna-Fünfhaus. A caller finally stated on the police emergency number that there were a large number of people in the mosque and that the applicable Covid regulations were not being complied with. According to the police, when the officers arrived, suddenly 20 to 30 people fled the prayer house in all directions.

The rest of those present largely did not keep a minimum distance and did not wear FFP2 masks, the police said on Saturday. During the surveys and the attempted contact with one of the persons in charge of the facility, several people behaved aggressively towards the officers despite repeated warnings. You have been reported under administrative criminal law. The Covid regulations were also partially not complied with when the visitors poured out, so the officials carried out identity checks accordingly. The matter was reported to the responsible health authority for review, since religious practice events fall under the exceptions of the current 4th Covid Protective Measures Ordinance.

During such operations, the Vienna police are sensitive to the freedom to practice their religion and, on the other hand, are legally obliged to report possible violations under the Covid Ordinance, explains a police spokesman.

Liensberger wins bronze in the giant slalom – gold for Gut-Behrami,...

Fewer flowers in circulation: Counterfeiters also had a weak year

Germany: Job dispute in Dachau: Reminder for a solution in dialogue...

Impeachment or withdrawal? – The most important questions and answers...