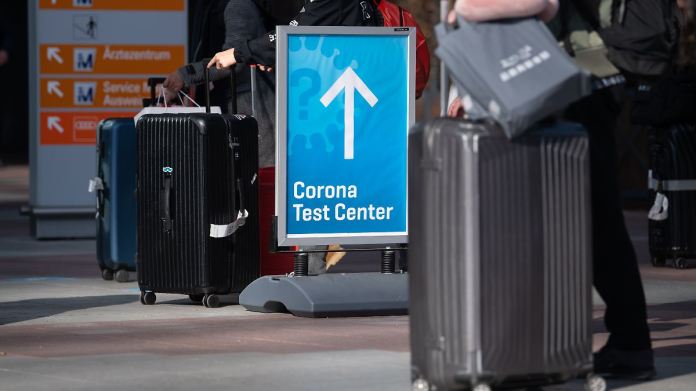 The risk for air travelers will increase significantly from next week. Airlines are only allowed to fly passengers to Germany if they can show a negative corona test. However, the relevant ordinance will come into force later than Health Minister Spahn intended.
The general corona test obligation for entry by plane to Germany should only come into force in the night from Monday to Tuesday. He signed the corresponding ordinance, said Federal Health Minister Jens Spahn in Berlin. The start date will be postponed again a little to give travelers and airlines “a little more time” to prepare. The airlines had shown that the previous one could largely have been complied with, said Spahn. However, there are some countries in which the “test infrastructure itself has not yet been developed”. The airlines would still have to organize the test offers there.

Initially, it was planned that the new, stricter requirements would come into force on Sunday night. Chancellor Angela Merkel and the prime ministers of the federal states had agreed on this. Spahn described the consequences of the new regulation as follows: “If you do not have a negative test, you will not be taken along.” Air travelers should in principle bear the costs of the tests themselves.

Even now, travelers have to show a negative test before departure if they come from a high-incidence area with a particularly high number of infections or areas with new virus variants. Airlines are only allowed to let passengers on board after presenting them, otherwise there is a risk of a fine. According to local regulations, travelers without a negative test result must isolate themselves at their own risk.

Recently, it became a hot topic that thousands of German holidaymakers flew to the Spanish island of Mallorca, for which testing obligations were no longer applicable due to the lower number of infections. The new regulation now applies not only to Mallorca, but in general. And only for flights, not for traveling by other means of transport.

Rule change cost us a second!

Fires – Frankfurt am Main – Four people injured in an...