Employees of Viennese companies can test themselves for the corona virus in the pilot project “Alles gurgelt” by the city and the Chamber of Commerce. The interim results show: of more than 92,000 PCR tests carried out, 0.2 percent were positive.

So far, 1,600 companies with more than 120,000 employees have registered, announced the office of City Councilor for Health Peter Hacker (SPÖ). As part of the initiative, employees of companies or health facilities and their relatives have been able to complete a PCR self-test using the gargle method twice a week since the end of January.

The pilot project was very well received, it was stressed. The capacity has therefore doubled since the start of the project, currently up to 8,000 tests are handed in daily. Participation is free for employees. The Gurgel-Aktion is implemented with the partners BIPA, Post, the Viennese health start-up Lead Horizon, which provides the test kits, and the Lifebrain laboratory group.

Employees of Viennese companies can test themselves for the corona virus in the pilot project “Alles gurgelt” by the city and the Chamber of Commerce. The interim results show: of more than 92,000 PCR tests carried out, 0.2 percent were positive.

Specifically, the samples are collected directly via 153 BIPA branches or the participating companies. The test persons are informed digitally of the result within 24 hours. Gargling is done with video instructions and a web app in front of the computer or smartphone. The tests can thus be clearly assigned to a person. To date, 92,300 corona checks have been carried out. 188 of them – around 0.2 percent – were positive according to the Hacker Bureau.

With the confirmation of the test result issued, the examination also applies to visits to service providers such as the hairdresser. Now that, as part of the Federal Government’s new protective measures ordinance, PCR test results for this “pure testing” are valid for up to 72 hours from March 10, almost the entire period of a week can be covered with two “everything gurgles” tests per week , one emphasizes in the Vienna City Hall.

Mayor Michael Ludwig (SPÖ) also referred to the advantages of the initiative in a statement: “With the widely rolled out Gurgel self-test project, Vienna is taking the next innovative step in combating the pandemic. We want to establish a kind of protective shield for the population – until we have the necessary vaccines available in sufficient quantities. “

“Lollipop test” for small children is being tried out

In addition to the Vienna test streets, checkboxes, free PC tests and gurgle tests for teachers and students, there is now another Viennese development: the so-called “lollipop test” for toddlers. A layer under the sweet part of the lollipop is used to collect a sample of saliva. This test procedure is currently being tried out in five kindergartens.

Riot after demo in Bristol: attack on police station 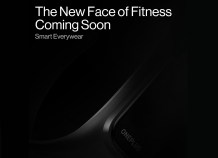 A teaser confirms the OnePlus band, the launch is planned for...

Ultra-cold plasma for research on nuclear fusion and solar wind 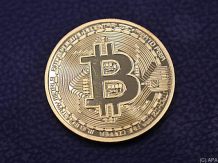