Good news for retirees: Deutsche Rentenversicherung expects a positive development for retirees in the coming year.

Berlin (dpa) – The President of the German Pension Insurance, Gundula Roßbach, has given hope for a pension increase in the coming year.

«So far, the forecasts assume that wages will rise again compared to the previous year, mainly because there will be less short-time work in 2021 than last year. In this respect, I expect a positive development for the pensioners in the coming year, ”said Roßbach of the Düsseldorf“ Rheinische Post ”(Saturday). “The prerequisite is, of course, that the third wave of the pandemic does not last until December.”

Financially, Roßbach sees the pension insurance as well positioned. “The good years before the crisis gave us a relatively high sustainability reserve of currently around 35 billion euros,” she said. “It was reduced by around four billion euros in 2020. However, the decline was significantly smaller than expected a year ago. ”

Roßbach suggested checking whether the additional income rules, which were greatly improved in the Corona crisis, can be retained for the Flexi pension. In the case of early retirement pensions, the limit for additional earnings that were not offset against was raised from 6300 euros per year to 46,000 euros. “I expect that will make the Flexi pension more attractive. You should evaluate that and check whether it makes sense to stick to the more generous additional income rules even after the pandemic. ”

Anniversary of the shutdown – when Switzerland was still hoping the...

Jenke von Wilmsdorff: After his experiment he had to go to...

After falling to the target: World Cup for Super-G-Vice Romed Baumann... 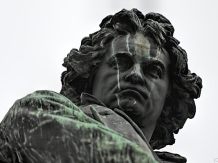 Was Beethoven unable to read his metronome correctly? – Culture...

Experts warn against too much vitamin D.