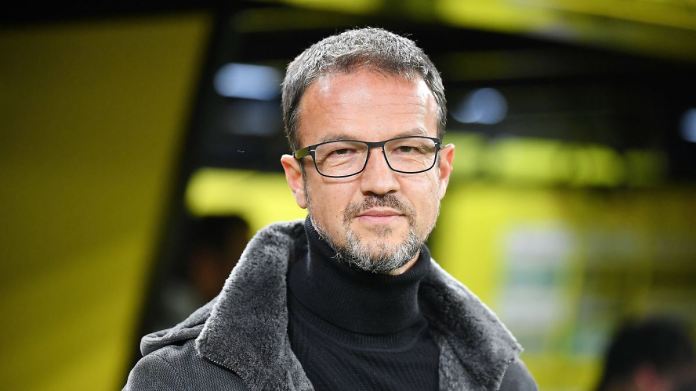 For Fredi Bobic: out soon at Eintracht Frankfurt, not in business at Hertha BSC. Not yet, you have to say. Because those responsible for the Bundesliga club rave about him. He would meet old friends – and start all over again.
Club icon Pal Dardai would like him to be the new boss. Millions investor Lars Windhorst has praised his work. The red carpet for Fredi Bobic has already been rolled out in Berlin. As clearly as Eintracht’s sports board announced its departure from Frankfurt in the summer, the successful manager is still covered about his possible new employer in the capital. “I don’t want to go into the topic anymore, because unfortunately there are always too many indiscretions to the public,” said Bobic in the ARD program “Sportschau Thema”.

But that was not a clear denial either, and Bobic himself provided evidence of an unusual move within the Bundesliga to Hertha BSC. The departure from Frankfurt after five successful years was “a personal matter”. So where should Bobic go if not to Berlin, where his family lives and where he has his private center of life?

Hertha only referred to the ongoing search for a new manager. “According to the statutes, filling the position of Managing Director Sport at Hertha BSC is the responsibility of the Presidium. A personnel committee was formed to carry out the process. At the moment there is nothing more to say as it is an ongoing process.” , it was said.

At Hertha it would start again downstairs

It is an open secret, however, that not only coach Dardai and financier Windhorst would like to see Bobic as the new manager at Hertha. There is a close relationship with the new head of the management, Carsten Schmidt. With Bobic, the former Sky boss could gain the necessary sports skills for his management circle. In contrast to ex-manager Michael Preetz, who was on leave, Bobic has proven several times in Frankfurt that he can make unusual transfers such as Luka Jovic, Ante Rebic, Kevin Trapp or Andre Silva possible and convert an average team into a team with a premier class perspective.

That is exactly what Hertha wants. “Take a look at Frankfurt. They did not have any external funds and will probably still reach the Champions League,” said Windhorst recently – without explicitly mentioning the name of Bobic as the master builder. With the money from the financial expert, a due transfer to Eintracht of five million euros, according to “Bild”, would not be an obstacle. In the medium term, Berlin can even offer more attractions than Frankfurt if Windhorst – as recently asserted – does not lose interest in its prestige property.

The glamor plans are initially on hold in the relegation battle, but Schmidt is working on a paper for a perspective until 2025. Schmidt may have now established that all decisions at Hertha should still have a common nostalgic factor. And here, too, Bobic fits into the concept as an ex-player. The “Berliner Zeitung” already wrote of a “magic triangle” around the 49-year-old.

During the days in Stuttgart, the former striker did this sportily with Krassimir Balakow and Giovane Elber. In Berlin it would be a triangle off the pitch with coach Dardai and sports director Arne Friedrich. The three played together reasonably successfully for Blau-Weiß in the noughties of the millennium. “I’m a Fredi fan. He’s a good boy, an honest boy, a really good person,” said Dardai.

Little hope of full face-to-face teaching in the New Year |...

Maintal: Stolen BMW from Hasselroth sunk in the Main – fire... 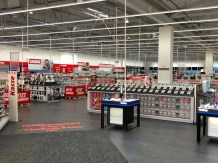 These 4 top offers are still available

The showboy versus the builder