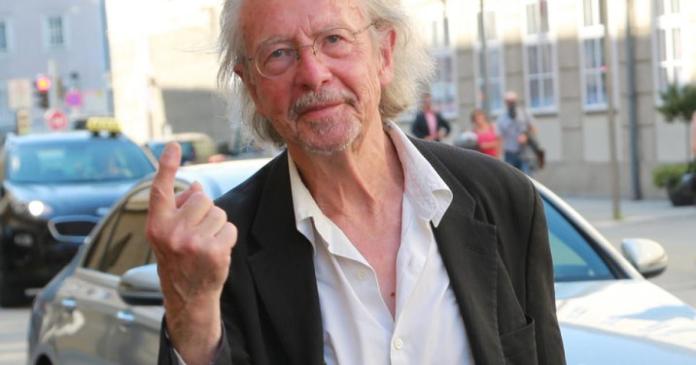 He announced it in Stockholm, before the Nobel Prize ceremony in 2019.

Peter Handke said to journalists that he was reading the Gospels again, before he insulted them, as he so often did: he particularly liked the story of the man from whom Jesus cast out his demons.

Gospel according to Mark:

“What’s your name?” Jesus asks the demon. “Legion, because we are many.” Jesus allows Legion to drive into a herd of pigs that run like crazy in the Sea of ​​Galilee and drown.

Handke, he announced, would also try to tell about a man whom his demons have abandoned. He is particularly interested in what happens afterwards: “Maybe he will regret it. I don’t know, I’m curious myself. ”

He wrote the story from summer to autumn 2020, it is called “My day in another country”, a parable of the misunderstood outsider, almost biographical of the sensitive, angry poet.

Should he change? Should he suddenly become a nice guy who invites all literary critics for a mushroom soup and asks friendly if it tastes good? No, he doesn’t like anything. Nothing at all.

The title already reveals it: It’s only ONE day in another country – free heart, liberated senses, because people quickly dream of their vanished devils. Like Kasperl, he asks: “Are you all there?”

Coronavirus can be transmitted through farting

Task Force: Openings in MV only if the nationwide incidence is...

VfB Stuttgart: It’s not the nicest at home