Because they did not send home a physiotherapist who tested positive for the corona virus, the Swiss ski touring team in Madonna di Campiglio (ITA) is disqualified.

Disqualification for the individual race at the World Cup final, exclusion from the festivities at the end of the season – this was not how the Swiss ski touring team had imagined the event in Madonna di Campiglio, Italy. The reason for the unfortunate end of an otherwise so successful season with 24 medals at the World Championships in Andorra is not a sporty one, but an organizational one. Swiss-Ski Mountaineering was punished for disregarding the Covid-19 regulations.

A physiotherapist from the Swiss supervisory team tested positive for the coronavirus at the beginning of March and went into isolation in accordance with the regulations. Before leaving for the World Cup final, the person was still tested positive, but received a certificate from the Swiss association doctor after further examinations, which confirmed that the person is no longer contagious. As a result, the physiotherapist traveled to Italy with the entire Swiss team without being checked at the border, according to a media release sent by the Swiss Alpine Club.

On site, the international ski touring racing association ISMF and the local organizing committee decided that the person would have to travel back to Switzerland despite the certificate due to the official Covid guidelines and communicated this clearly several times to those responsible at Swiss-Ski Mountaineering. “Regardless of this decision, the physiotherapist was unfortunately deliberately not sent home,” so the wording of the communiqué. As a result, the Swiss team was disqualified for the remaining individual race on Sunday on Saturday evening, March 27th, and the team returned to Switzerland on Sunday morning.

The Swiss Alpine Club SAC assumes full responsibility for this misconduct and it very much regrets this incident. The SAC apologized to its athletes, the international ski touring racing association ISMF and the other nations that took part in the World Cup finals.

The exact sequence of events and the reason why the physiotherapist was taken and not sent home has not yet been determined. When asked for 20 minutes, Daniel Marbacher, Managing Director of the SAC, stated that the incident had not yet been evaluated internally and that a debriefing should take place this week. «I very much regret all of this and I am sorry that the athletes, who were of course very disappointed, were unable to take part in the celebrations. I will have personal conversations with those directly affected. “

It is not yet known whether the SAC will face further sanctions. A request of 20 minutes to the ISMF is still pending.

Chrissy Teigen shows up crying after a therapy session

Corona News: Spahn: vaccinate those in need of protection first –... 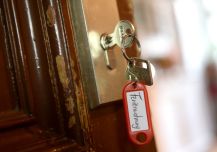 Tourists are still not allowed to stay overnight in Berlin

MARKETS USA / Wall Street at the start with new record...

Relationship to fans because of Marco Rose’s farewell burdened like a...