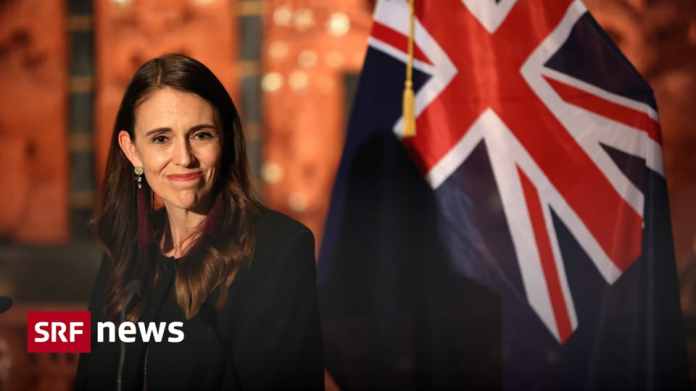 “A tragedy is not a disease”: New Zealand makes further progress in strengthening women’s and family rights.


Parents who lose a child during pregnancy or shortly after birth can now take three days of paid parental leave in New Zealand. Before that, this rule only applied after the twentieth week of pregnancy.

The decision in Parliament in Wellington was unanimous. “This shows once again that New Zealand is a world leader in introducing progressive and compassionate legislation,” said Labor MP Ginny Andersen, who initiated the proposal.

The law allows women and their partners to deal with the stroke of fate, so Andersen. In New Zealand, one in four women would have a miscarriage in their life. «Your grief is not a disease, it is a tragedy. And processing these takes time. ”

So far, parents have had to take sick days if they had recovered from the shock of breastfeeding or miscarriage and wanted to bury their dead child, reports SRF Oceania correspondent Urs Wolderlin.

Parental leave is financed by the employer in the event of the tragic loss of a child. The bill did not trigger storms of enthusiasm in the economy, says Wolderlin. “But if you want to calculate it coldly, it can be economically ‘worthwhile’.”

“Because the three days give those affected time to collect themselves and begin the mourning process. This means that they may then be able to return to work a little calmer and more composed – and thus be more productive again. “

The law is part of a long tradition. In 1893, New Zealand was the first country in the world to give women the right to vote. Last year New Zealand passed a historic law decriminalizing abortion.

The legal situation in Switzerland

In Switzerland, mothers whose child dies are entitled to all maternity leave from the 23rd week of pregnancy – i.e. from the sixth month. “Before that, however, they are not entitled to any days they could refer to,” says Anna Margareta Neff, head of the child loss department in Switzerland.

In the event of an early miscarriage, this is a very difficult situation for the women concerned. “You are giving birth to your child – this is called a ‘little birth’.” If there is no legal right to vacation days or parental leave, women lack public recognition. “Most of the time, the woman is then put on sick leave. But she’s not sick: she lost and gave birth to her child. ”

Fathers also benefit from the regulation in New Zealand. Neff considers your situation in Switzerland in the event of a miscarriage or breastfeeding to be “a sad thing”. In this country, paternity leave was newly regulated as of January 1 of this year. “Usually fathers now have two weeks of paternity leave.”

Fathers whose child dies are not entitled to paid days off, criticizes the freelance midwife. And: If a child dies in the first six months after the birth and the father has not yet taken paternity leave, it is forfeited.

Finally, Neff advocates a similar regulation as New Zealand now knows. Only in this way would the loss of the parents be recognized by the legislature – and they would also be allowed to become parents, even if the child died early in the pregnancy. “You have become mother and father anyway.”

The ruling center-left Labor party is led by Prime Minister Jacinda Ardern. She is recognized worldwide as a champion for equality and women’s rights. “The well-being of the child and the well-being of the family as a whole is also at the top of their list of priorities,” says Wolderlin. Also because New Zealand has a big problem with family poverty.

Around a quarter of New Zealand children suffer from an insufficient supply of essential goods such as food, clothing and shelter. The Maori, the indigenous people of New Zealand, are particularly hard hit. In this respect, the latest law is an attempt to put New Zealand families on a stronger footing, the correspondent sums up.

Florida: women in the grosi outfit wanted to sneak vaccination