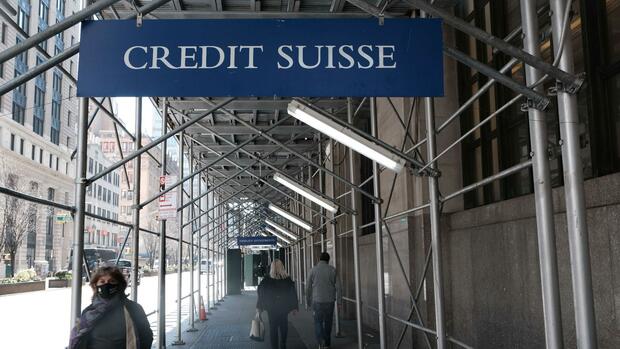 Zurich, Denver After the collapse of Archegos Capital Management, politics has now stepped in. The incident, which resulted in billions in losses at large banks, “had everything it takes to get into a dangerous situation – a largely unregulated hedge fund, opaque derivatives, trading in private dark pools, high leverage, and a trader who escaped the US Securities and Exchange Commission criticized the influential Democratic Senator Elizabeth Warren on Tuesday, calling for more transparency when it comes to the role of hedge funds.

The supervisors “have to be able to rely on more than luck if they want to avert risks from the financial system,” said the former presidential candidate, who already earned a reputation as a “bank horror” during the financial crisis.

The SEC had convened meetings with bank representatives on Monday. US President Joe Biden will also be regularly briefed on the case, said his spokeswoman. Politicians and supervisors want to signal that they will not simply dismiss the events as individual cases. Both Biden, as well as Warren and the designated head of the SEC, Gary Gensler, were shaped by the financial crisis of 2008, which they helped to clear up in important roles.

Until the end of last week, Archegos was still a largely unknown family office that had got into difficulties with high-risk bets on certain stocks and was unable to meet the security requirements of the banks. It was one of the largest margin calls in Wall Street history. Since Hwang could not deliver, the institutes sold his blocks of shares worth billions. That had slumped the prices of papers like ViacomCBS, Discovery and the Chinese stocks Baidu and GSX.
Meanwhile, analysts have significantly widened the potential damage to Archegos’ financiers. JP Morgan Chase, America’s largest bank, now estimates the incident could cost $ 5-10 billion across the industry. Earlier this week there was talk of $ 2.5 to $ 5 billion. JP Morgan is one of the few big Wall Street houses that didn’t do business with the investor known for his gambling mentality.

Credit Suisse could incur particularly high losses. In addition to Goldman Sachs and Morgan Stanley, Wells Fargo announced on Tuesday that it had sold blocks of shares in Hwang without significant losses. The Japanese bank Nomura estimates the losses at two billion dollars. The exact number of the Swiss is not yet known. The two institutes apparently need significantly longer to sell the papers. Why this is so is unclear. “We are still amazed that Nomura and Credit Suisse have not yet closed all of their positions,” said JP-Morgan analyst Kian Abouhossein on Tuesday.

The rating agency Standard & Poor’s also intervened on Tuesday. The incident “raises questions about the quality of risk management, the willingness to take risks and the appropriateness of the risk-return profile,” according to a report by the agency. She lowered her outlook to negative. This is seen as a signal that a downgrade could follow. Financial circles talk about losses of one to four billion dollars. The crisis would have the potential to consume Credit Suisse’s entire profit for the year.

That weighs on the share price: Credit Suisse shares fell by four percent on Tuesday after they had slumped by 14 percent on Monday.

Problems threaten the Swiss in other areas as well: analysts are now warning that the so-called leverage ratio of the bank could also fall significantly. This would make the Archegos crisis a risk for some Credit Suisse bondholders as well.

The equity ratio sets the equity in relation to the business volume of the bank, but without taking into account the risks of the individual transactions. According to the company, the equity ratio was 4.4 percent at the end of 2020. The legal minimum requirement is 3.5 percent.

But according to analysts at the British bank NatWest, CS’s equity ratio fell to 3.9 percent at the beginning of the year due to a special regulatory effect. This means that the financial buffer for the minimum regulatory requirement is still around 3.5 billion in dollars. “Credit Suisse’s capital buffer is significantly thinner than it appears at first glance,” concludes the NatWest analysts.

In the focus of financial supervision

Depending on how high the loss by Archegos is, the buffer on the legal capital requirements could melt. Especially since CS is involved in another scandal with the Greensill case, the cost of which for the bank cannot yet be quantified.

In the extreme, the bank could be forced to suspend coupon payments on certain bonds that are converted into equity in a crisis. The prices of these so-called Coco bonds from Credit Suisse have also fallen in the wake of the latest series of scandals.

In addition, the Swiss financial regulator Finma has already checked whether Credit Suisse has to keep additional capital ready because of its involvement in the Greensill scandal. With the series of bad news, it is becoming increasingly uncertain whether the bank can carry out its share buyback program planned for 2021 with a volume of 1.5 billion francs as planned.

The NatWest analysts also expect Credit Suisse to stop the share buyback program or cut the dividend if the losses from Greensill or Archegos turn out to be too high. The bank will definitely want to avoid suspending coupon payments on Coco bonds, according to the NatWest analysts.

Credit Suisse had already ended the fourth quarter of 2020 with a significant loss. At that time, write-downs on a stake in a US hedge fund and additional provisions for a legal dispute over mortgage loans had a negative impact on earnings. At that time it was still easy for Gottstein to dismiss this as a burden from the past.

The Greensill case and the now known collapse of Archego, however, put a strain on core areas of the bank such as asset management and investment banking.

More: How things continue after the US investor Archegos defaulted.

The Bachelorette (RTL): Melissa and Leander still together after the final?...