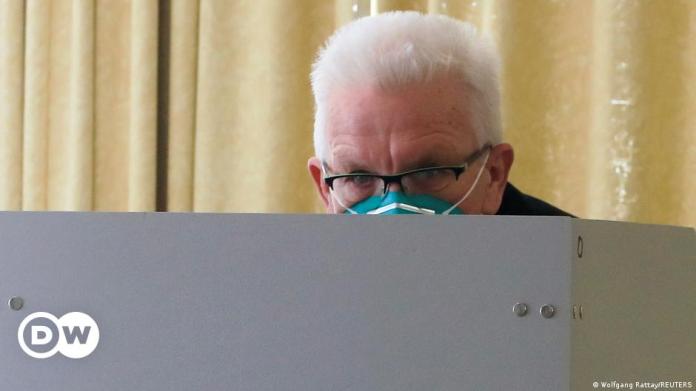 Only a few days after the last federal-state round, the calls for a hard lockdown and a new corona summit are getting louder. Baden-Württemberg’s Prime Minister Winfried Kretschmann announced further talks between the federal government and the federal states at the beginning of the week. “We just see that the numbers are literally racing up,” said Kretschmann in Stuttgart. The Green politician did not say whether the next prime ministerial conference, due in April, should be brought forward.
SPD health politician Karl Lauterbach quickly wishes another Corona summit

The SPD health expert Karl Lauterbach had also called for a quick new corona summit. “We have to renegotiate quickly,” he told Tagesspiegel. “It won’t work without a sharp lockdown. At the same time, Lauterbach defended his call for nationwide curfews: “Exit restrictions from 8 p.m. for two weeks would take effect – we’ve seen it in France, Great Britain and Portugal.”

Bavaria’s Prime Minister Markus Söder rejected the demands for an early federal-state round: “We don’t need constant new discussions, but the consistent implementation of the emergency brake,” emphasized the CSU boss in the Augsburger Allgemeine. In the case of incidences over 100, this also included exit restrictions.

Meanwhile, the seven-day incidence in Germany continues to rise. Most recently, the value of new corona infections per 100,000 inhabitants within a week was 129.7 according to the Robert Koch Institute (RKI). This means that the value is as high as it was last on January 19 (131.5). The health authorities reported 17,176 new infections and 90 deaths to the RKI within one day.

Criticism of the Prime Minister’s Round

The general metal president Stefan Wolf spoke out clearly in the “Bild am Sonntag” for a hard lockdown. It must finally stop that every municipality can go its own separate way. “I would prefer if we could go into a tough lockdown nationwide for another ten days and then be able to open it everywhere, instead of having no clear structures for months.” Wolf clearly criticized the Prime Minister’s group in this context: “For months, their decisions have completely ignored the needs and wishes of people and companies.” 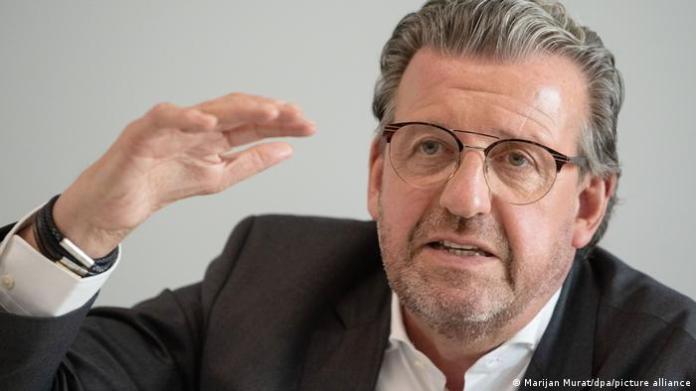 The President of the Employers’ Association Gesamtmetall, Stefan Wolf: Not every municipality can be allowed to go different ways

Chancellery chief Helge Braun also spoke out in favor of a tougher approach. “If the number of infections rises rapidly parallel to the vaccination, the danger increases that the next virus mutation will become immune to the vaccine,” the CDU politician also told “Bild am Sonntag”. In the event of such a mutation “we would be left empty-handed” and new vaccines would then be required. Braun demanded, among other things, regional exit restrictions. 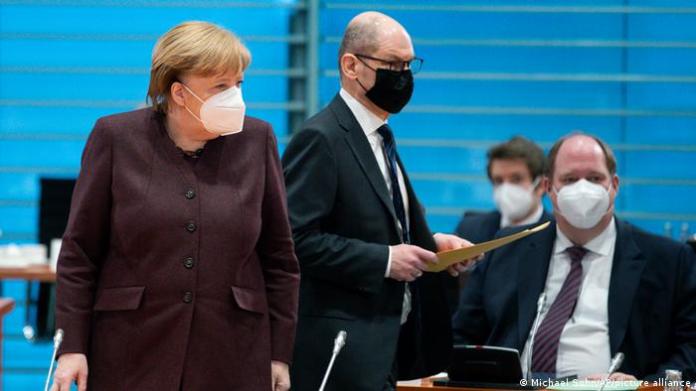 Meanwhile, a study found that the death rate among COVID-19 patients in German university hospitals fell significantly over the course of 2020. From the point of view of the scientists, this could be evidence of improved treatments and increasing experience of the clinical teams in the pandemic, said a research group from the University of Erlangen. This examined hospital stays of around 1,300 corona patients in 14 German university hospitals. Accordingly, the analysis shows a decrease in the average death rate from initially 20.7 percent (January to April) to 12.7 percent (May to September).

These regions are now collecting hours of sunshine

Edith Stehfest’s rapist has to go to jail

Digital currencies worth more than one trillion US dollars for the...