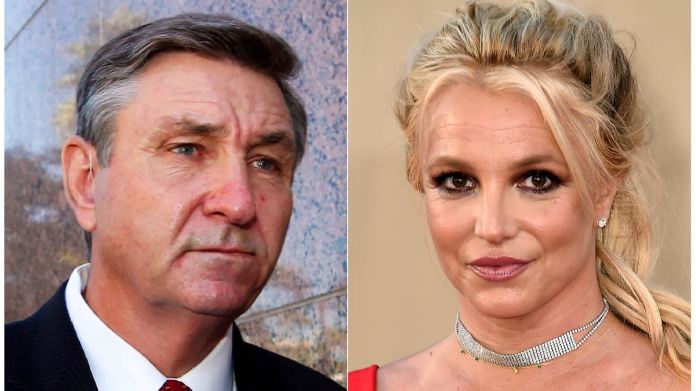 Britney Spears has long tried to defend herself legally against her father as a guardian – so far without much success. Your attorney is now applying again to have Jamie Spears replaced by an administration firm. An insider also gives an insight into the singer’s emotional world.
Britney Spears has been trying to get rid of her father Jamie as legal guardian for some time. The singer, who is said to be “afraid” of him, has already threatened to end her career and refuses to perform in public while the 68-year-old is still in control of her.

Your lawyer is now trying again to take action against Jamie Spears in court. That week he made a motion to replace him with Jodi Montgomery as permanent curator of the pop star’s personal affairs.

Life would “change drastically for the better” for Britney Spears if her father were removed as her conservator, an unnamed insider told the US celebrity portal “Page Six”. “Britney trusts Jodi Montgomery – she’s really great.”

The 39-year-old currently has no more rights than a child. If the judge approves the motion at the next hearing on April 27, she would also be free to conduct an investigative interview with Oprah Winfrey, as did Prince Harry and Duchess Meghan recently. According to various US media, Britney Spears should also think about such a TV interview with the talk icon.

“In the current status quo,” they “definitely won’t do this,” the source told “Page Six” on. “As long as her father is with her, she won’t work.” However, there has been radio silence between the two for a year.

Montgomery has been the “Toxic” singer’s curator since 2019, since she temporarily replaced Jamie Spears while he was recovering from health problems. A judge recently extended Montgomery’s temporary role to September 2021. However, Jamie Spears remains the co-curator of his daughter’s estate alongside the management company “Bessemer Trust”. He has been in control of her life and finances since her public collapse in 2007.

The statements made by Britney Spears ‘attorney that the singer was “afraid” of her father are vehemently denied by Jamie Spears’ attorney. Vivian Thoreen said on the program “Good Morning America” ​​at the end of February that he was an “extremely loving, committed and loyal father” who “saved his daughter’s life”.

“No Angels” reissue “Daylight In Your Eyes”

New savings goals: Renault’s long way out of the crisis

US Senate is pushing impeachment proceedings against Trump