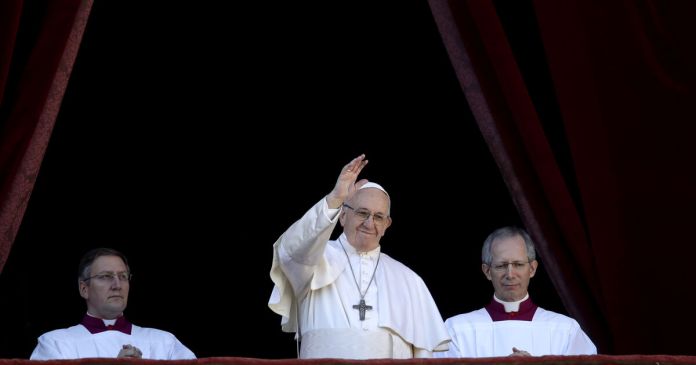 The Pope cuts the salaries of cardinals and clergymen.

The Pope cuts the salaries of clergymen and cardinals. In view of the deficit of the Holy See, which worsened in the pandemic year 2020, Francis decided by means of a decree (“motu proprio”) to cut staff salaries from April 1st.

It is a necessary step to contain staff costs, which constitute a significant part of the costs of the Holy See.

Up to ten percent less salary

In a decree published today, the Catholic head of the church decreed, according to Kathpress, a ten percent cut for curia cardinals, other senior staff have to forego eight, other salaried priests and religious have three percent. In addition, according to the Motu Proprio, automatic salary class upgrades are suspended for two years.

The measures also apply to the employees of the Diocese of Rome and the other papal basilicas. A total of around 4,000 employees are affected. Terminations for operational reasons, as Francis had emphasized several times, must be avoided under all circumstances.

The economic prefect of the Catholic Papal States, Father Juan Antonio Guerrero Alves, assured that salaries and jobs would remain. In an interview published in mid-March, he asked the believers for support. “The estimated spending for 2021 is the lowest in the recent history of the Holy See,” said Guerrero. Overall, a loss of around 50 million euros is expected. The Vatican’s budget this year is around € 213 million. In 2019, the year before the start of the pandemic, the Papal States still had 307 million euros available. The financial effects of the corona pandemic are therefore also causing problems for the Vatican.

Corona: Holidays in Alltours Hotels in future only with vaccination

A fantasy title for the PS5? Artworks cause speculation