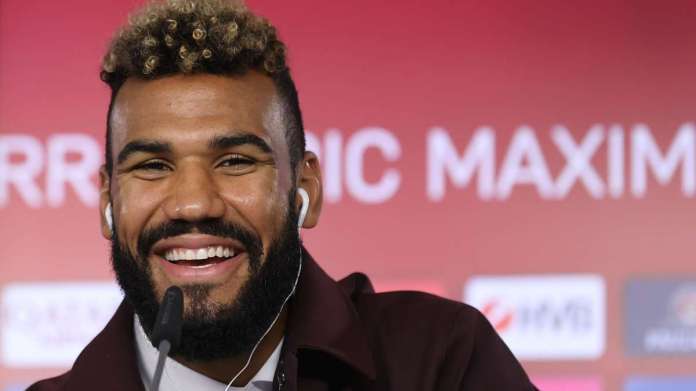 FC Bayern currently has to carefully consider who is allowed to travel to which national team – there are many corona risk areas. There was great confusion over the appointment of striker Eric Maxim Choupo-Moting.

Munich – International matches are a tricky thing in times of Corona. FC Bayern cannot avoid the discussion as to whether it will allow its best kickers to jet into risk areas with their selection teams. Recently there was a back and forth with Robert Lewandowski and David Alaba, who are now allowed to fly to Great Britain thanks to relaxed travel restrictions by the federal government. Now there is a third case – but it turns out to be a lot more complex. It’s about Eric Maxim Choupo-Moting.

The Lewandowski substitute is the captain of the “Invincible Lions” – the national team of Cameroon. Choupo-Moting travels like FC Bayern tz– Inquiry confirmed, definitely not for the games of his selection team, which is fighting against Cape Verde (March 26th) and Rwanda (March 30th) in group F of the Africa Cup qualifiers for a place in the continental tournament.

So far, so clear. However, it is rather obscure how it came about that Choupo-Moting stayed in Munich. First, the association published the list of players who were invited. Choupo-Motting’s name was missing. Cameroon’s Portuguese coach Antonio Conceiçao then stated at a press conference that the Bayern striker had not responded to the association’s requests.

Choupo-Moting’s father and manager Camille Just Choupo-Moting vehemently denied this. He himself was turned on to clear up the matter for the association, he said Naja TV: “I was contacted by the association to find out what was going on. I contacted FC Bayern and they confirmed that they had not received the invitation. ”

According to the trainer’s words at the press conference, he fell from all clouds. It is simply wrong that his son did not react. “He did it before 6pm last Sunday. Before 6pm I tried to call the team manager, Mr. Olembe, myself, and I also spoke to Bill Tchato to confirm Maxim’s answer was there. “

His son was ready to play for Cameroon and is preparing for it. Bavaria allowed this. But the invitation never arrived. The striker’s father continued: “It looks like she sent it to the wrong email address instead. For me, that’s a lack of professionalism. When sending out invitations, be sure to send them to the correct address. If that doesn’t happen, I don’t understand why it’s the club’s or Maxim’s fault. “

Whoever is to blame – Bayern shouldn’t be too sad that Choupo-Moting is staying in Munich.

Corona: Development of the B.1.1.7 variant and the mutations

Shortly before home birth: Nina Bott’s midwives both have Corona!

Gurman: No Apple keynote on March 16