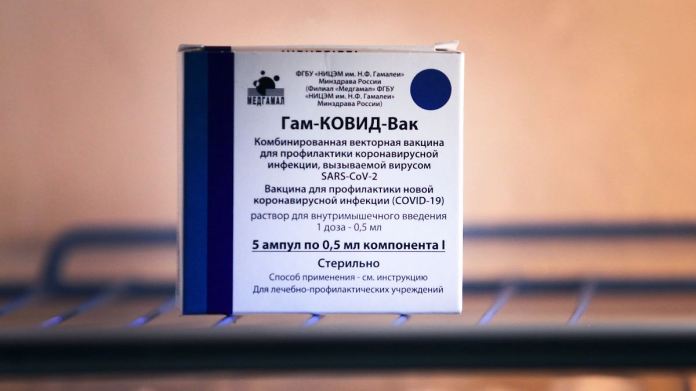 The Russian corona vaccine Sputnik V is not yet approved in the EU. In planning foresight, Chancellor Merkel and French President Macron are already discussing a possible vaccine cooperation with Kremlin chief Putin. The heads of state are also discussing the Ukraine conflict.
Chancellor Angela Merkel spoke to French President Emmanuel Macron and Kremlin boss Vladimir Putin about possible cooperation on vaccines. The exchange via video was also about the Russian corona vaccine Sputnik V, whose EU approval the European Medicines Agency (EMA) has to decide on, said government spokesman Steffen Seibert on Tuesday evening.

“This evaluation is done according to the same standards that apply to all other vaccines,” it said. According to the Kremlin, prospects of “possible deliveries and the joint production of this preparation in EU countries” were discussed. The EMA is currently examining an application for approval of Sputnik V in the EU. EMA experts are expected in Russia in April to assess the production and storage of the vaccine. The Russian pharmaceutical company R-Pharm plans to produce the vaccine in Illertissen, Bavaria, from June or July.

Putin, Merkel and Macron also spoke about the Ukraine conflict, it was said from Berlin and Moscow. According to Seibert, Merkel and Macron called for the negotiations to be advanced in the so-called Normandy format to implement the Minsk agreements. Putin, in turn, expressed concern about the “escalation of the armed confrontation provoked by Ukraine,” the Kremlin said. Despite a ceasefire, there are repeated clashes between government units and pro-Russian separatists in eastern Ukraine.

The situation in Belarus and Syria as well as the developments in Libya, a country of civil war, were also discussed. With regard to the severely damaged relationship between Russia and the European Union, Putin also emphasized Russia’s readiness to “restore normal depoliticized cooperation,” Moscow said.

With a view to the imprisonment of the Russian opposition politician Alexej Navalny, the German government announced that Merkel and Macron had emphasized the need to “respect human and fundamental rights enshrined in the European Convention on Human Rights”.

Corona vaccine Sanofi – France is waiting for its own vaccine

Alltours tightens its hygiene concept: Holidays in hotels soon only for...

Hard to imagine: “Extraction 2” with Chris Hemsworth is supposed to...