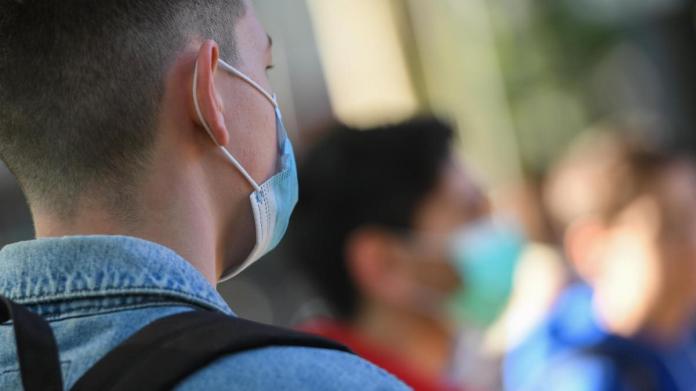 A corona vaccine for children and adolescents is not in sight, but more and more of them are currently contracting Covid-19. Experts also expect an increase in the long-term effects in this age group – it is already clear what they might look like.

EThis is a clear warning from experts: With the increase in corona infections in children and adolescents, according to a pediatric infectiologist, more long-term effects are to be expected in these groups.

“Due to the relaxation of the measures, we expect more people affected with mostly diffuse, longer-lasting health problems,” said Markus Hufnagel from the Center for Pediatric and Adolescent Medicine at the Freiburg University Hospital of the German Press Agency. “Compared to the care situation in adults after surviving an infection, pediatrics is not yet prepared for this.”

Acute corona infections are often symptom-free in children, and severe disease courses are still rather rare in adolescents. However, long-term effects are also reported in minors: These sometimes only set in months after the corona infection or worsened, says Hufnagel.

In such cases, it is important for doctors, for example, to rule out the presence of other infections through tests. In order to be able to make outpatient offers to those affected, there are considerations to set up special outpatient clinics for children and adolescents.

In technical jargon, the phenomenon of “Long Covid” (Langes Covid-19) or “Post Covid” (after Covid-19) is used. Since Covid-19 vaccines have not yet been approved for children and adolescents, they are among the groups that will be susceptible to the virus for a few more months.

With the relaxation of the corona measures with school and daycare openings, the focus is on possible late effects of the infection in these groups. According to data from the Robert Koch Institute (RKI), the proven corona cases in children and adolescents have been increasing for weeks.

“The clinical picture is very variable”, explained Hufnagel and listed possible consequences that could also occur in combination: These include chronic exhaustion, general reduced performance and joint and muscle pain, but also skin changes, similar to chilblains on the toes.

On the other hand, persistent loss of smell and taste plays a subordinate role in children and adolescents compared to adults. “In general, the symptoms are not specific to Sars-CoV-2. This means that we are also familiar with persistent health restrictions from other viral infections such as Pfeiffer’s glandular fever, ”emphasized Hufnagel.

There is not enough data

The problem should not be underestimated: the higher the total number of cases, the greater the number of long-term sufferers. “The problem is currently getting bigger rather than smaller, we are already seeing significantly more post-Covid cases,” said Hufnagel. “These are more likely to be adolescent patients, cases in the first ten years of life are much rarer.” As a rule, parents would suspect a connection with a corona infection, and in some cases there is already evidence of antibodies.

So far there is no data from Germany on the subject, said Hufnagel, who, together with colleagues from the Dresden University Children’s Clinic, has established a register of the disease progression of all inpatient children and adolescents with Sars-CoV-2 infection from the German Society for Pediatric Infectious Diseases.

A study in which households with corona cases were followed over a longer period of time showed that five percent of children and adolescents under 14 years of age still had at least one symptom three months after the infection. In adults, however, it affects almost one in three, said Hufnagel.

Estimates by British statisticians from the Office for National Statistics (ONS) also show that the burden seems to be significantly more pronounced in adults after they have been infected.

While the proportion of those who still have at least one symptom such as cough, fever or fatigue five weeks after an infection is around 13 percent in the two- to eleven-year-olds, it is 14.5 percent in the 12- to 16-year-olds.

However, according to Hufnagel, the generally stressful and tiring pandemic situation also plays a role in the occurrence of long-term effects – not just the virus alone. “The lockdown is a major stress factor. If the pandemic situation improves, the signs of fatigue should also improve in at least some of those affected. “

GTA 6: Release 2023 with extensive story information from a new...

After scooter accident in England: policeman steps in to deliver food

Extensive changes to the practical driving test: The driving examiner gets...