David Degen wants to buy Bernhard Burgener’s block of shares. The approval of the other FCB Holding board members is still lacking. If it is refused, there is a risk of litigation.
Oliver Good, Tilman Pauls

The picture shows two FCB jerseys. One from the front and one from the back, with the number 21 and the flocking “Degen”. It was posted on Wednesday on the David Degen’s Instagram channelwho wrote in no uncertain terms: “I spent the best time of my life at FC Basel 1893. I grew up here and I will do everything I can to ensure that FCB returns to its former strength. Just like before, when I was allowed to wear these shirts. An honour.”

It is the second signal that Degen sends after he published a picture the day before with the Roche towers and the words “On the way in the home of Basel for FCB”. The second signal is a clear one in the current situation and fits the information in this newspaper: The former FCB professional not only has the will and the necessary money to insist on his right of first refusal, which he has on the shares, which Bernhard Burgener holds in FC Basel Holding AG. According to several sources, he has already submitted a corresponding offer to Burgener.

General – Athletes Germany “concerned” about the accumulation of heart muscle...

Is the price shock coming now? Apothekerverband expects prices for... 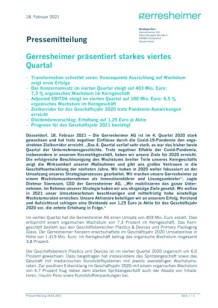