ProSieben has announced the broadcast of the series “Chernobyl”. This is a co-production between Sky and HBO, where the series premiered around two years ago. As a result, the makers won, among other things, a Golden Globe Award for the best miniseries and a Primetime Emmy in the Outstanding Limited Series category. Various prizes followed, including another Golden Globe and nine Emmys. At times “Chernobyl” was considered the best series of all time, today the production in the IMDb comes in fifth with 9.4 out of 10 stars.

In terms of content, the series is about the serious reactor accident that occurred in Chernobyl in 1986. Soviet nuclear physicist Valery Legasov (Jared Harris) is hired by Soviet Deputy Prime Minister Boris Shcherbina (Stellan Skarsgård) to investigate the incident for the government. In his research, he quickly realizes the far-reaching effects of the disaster and will have in the future. The nuclear physicist Ulana Khomyuk (Emily Watson) has also set herself the task of finding out how the worst-case scenario came about. Are scientists bringing the truth to light, and what is the government trying to hide?

ProSieben boss Daniel Rosemann says: “Watching ‘Chernobyl’ hurts a lot. The series is so well produced and played that you forget you’re watching a series. That’s why ProSieben shows the series on three theme evenings in April in prime time This programming is a small memorial for the people who died in the largest nuclear disaster in Europe or its aftermath. And for the people who are still suffering from the consequences of the catastrophe. “

Prince Harry spoke to father and brother again after a TV...

Camilla talks about his health

“WWE Fastlane” fallout: The Fiend returns – Batista is not inducted... 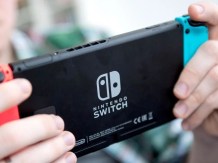