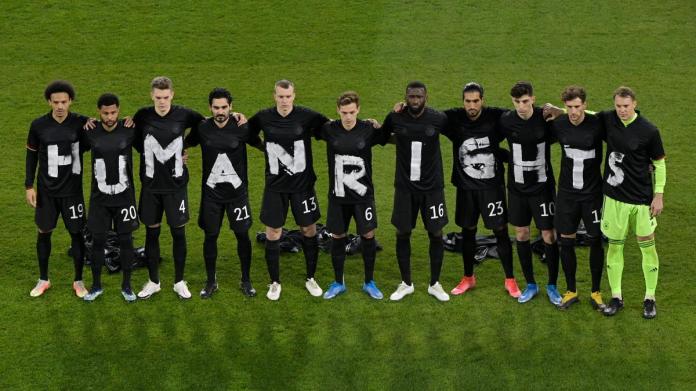 Of course, they make a making-of video

The German national team protest against human rights violations in Qatar with painted T-shirts. At least a gesture. But the DFB manages to exploit such an action in the media.

Ayes, our DFB. A constant source of joy is the top football association, a model of solidity and correctness, led by its figurehead, the German national team – or, as experts say: “The team”.

There was some fuss about this term because it was supposedly a grafted marketing term in order to finally have a name of its own like Brazil’s “Seleção”, the Dutch “Elftal” or France’s “Les Bleus”. But a survey in the “Fan Club National Team – powered by Coca-Cola” showed: That’s okay.

Said “team” has now even interfered in the major political areas of tension in the world. “HUMAN RIGHTS” was emblazoned on the shirts of our players before the game against Iceland on Thursday, everyone had painted one of the eleven letters (what a coincidence!) On their shirts by hand.

Goretzka on the painter’s role

How do we know? Well, the DFB told us about it. Not highly exclusive, admittedly. Rather, the association published a making-of video: To lively music, we see Goretzka, Kimmich and Co. swing the painter role. Established images of men on the way to making the world a little better.

What the tough protest is directed against is clear: the 2022 World Cup in Qatar. It is well known that they do not take it very seriously with human rights there, and that is why the sheikhs get their mutton legs pulled out by our boys.

Okay, the World Cup boycott that many fans are calling for will probably not come about. But a lot, a lot of good can also be achieved with strong gestures. Maybe they can even market the whole thing, “Human Rights – sponsored by Coca-Cola”. Think about it, Mr. Bierhoff …

Mass collision on an icy highway in Italy

Budget dispute in the USA – The Republicans are emancipating themselves...

Coronavirus in Germany: the Chancellery wants to “really tighten again” –... 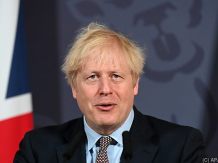 UK to drop out of Erasmus – Politics –